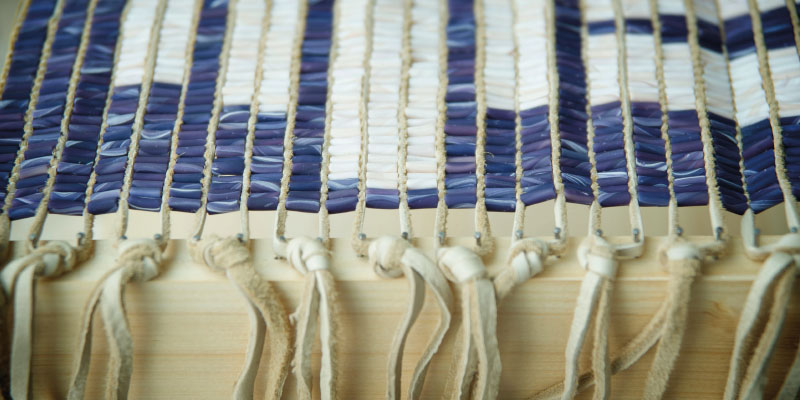 ‘We are all connected’

The story of the Grenfell Campus Wampum Belt project

Following along a pattern, Dennis Wass focuses intently on a loom as he threads blue and white beads onto strips of hide.

As more beads are added to what will eventually be a six-foot long wampum belt, the images of the visual arts student’s designs of a Métis flag and the Grenfell Campus Student Union logo begin to reveal themselves.

“My ancestry is Métis,” said Mr. Wass, who is from Invermere, B.C. “Through that, I got involved with the Indigenous Student Caucus. And I’m a visual artist, so I was excited to be part of it.”

While many people on and off Grenfell Campus have been involved in the weaving of the wampum belt, Mr. Wass has embraced the project and developed a weaving technique that is less complex and easily teachable to others.

The wampum belt project came about when Kelly Anne Butler, student affairs officer, Aboriginal Affairs, Grenfell Campus, decided she wanted to undertake a significant project that would bring together cultures and people in a way that respects and honours Aboriginal cultures.

Grenfell Campus is located in one of the largest traditional Mi’kmaw communities in the country. Ms. Butler says she wanted to find a way to connect the large number of self-identified Aboriginal people on Memorial’s West Coast campus to the greater Aboriginal community, and to provide an outlet for non-Aboriginal students and community members to learn more about the culture.

“The belts use symbols to tell a story which reinforces the oral tradition of the culture.” — Kelly Anne Butler

From this, the idea for the wampum belt was born. Woven by communities to record treaties, histories and council proceedings, wampum belts were most prevalent from 1600-1800. Often, the belts were mnemonic devices—elements of the woven wampum belts were symbolic in nature and required a designated member of the group to take on the responsibility of translating for other members of the community. Wampum belts are a prominent feature in Mi’kmaw oral history.

“The belts use symbols to tell a story which reinforces the oral tradition of the culture,” said Ms. Butler. “It is a written story that requires an oral element. You wouldn’t just be able to know what the images mean at first glance; someone has to tell you the story.”

The designs for the Grenfell wampum belt came from an open call to the campus and the greater community. While wampum belts are not part of Inuit traditions, the importance of Inuit people to the province and to Grenfell Campus meant that it was important to include their heritage. The first symbol on the belt, an inuksuk, represents Inuit people. The Mi’kmaw symbol for human being and a snowshoe representing Innu people are also prominent, taking up the centre and far right positions on the belt. A series of smaller image ideas were submitted and include a flame representing the Flat Bay powwow committee. Drums representing the Gentle Spirits and Strong Bear local drumming groups also make up the design. The committee is still seeking ideas for 10 more designs.

“We reached out to groups that either had a connection to the Aboriginal groups in the province or a connection to Grenfell,” said Ms. Butler. “In fact, there was a conference here on campus for Aboriginal high school students―Women in Science and Engineering. Two of the students submitted designs―a husky and a fox―which are part of the design.

“The story will be that we are all connected. It’s a whole bunch of different stories that have a connection to one another whether peripherally or directly.”

The belt consists of only two colours: white and purple. Ms. Butler says the colours represent the quahog clam shell found in the Atlantic Ocean. Traditionally, these clam shells were collected and shaped into beads which were used on the wampum belts.

Ms. Butler intends to bring the belt to community groups throughout the summer months, during which time many gatherings occur. Through events like the Flat Bay powwow, which happens in July, thousands of Aboriginal and non-Aboriginal community members may have the opportunity to participate in the belt weaving.

Ms. Butler will host an event on the St. John’s campus during Aboriginal Peoples Week: Truth and Reconciliation on Thursday, March 24, at 12 p.m. in The Landing, University Centre. Attendees will have the opportunity to see the wampum belt and the loom up close. 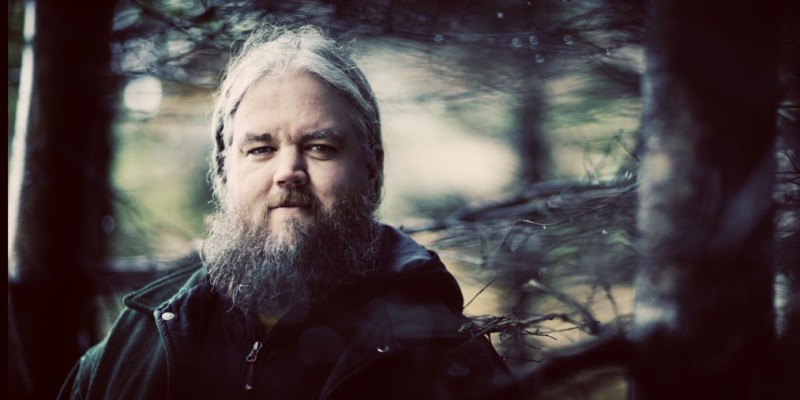 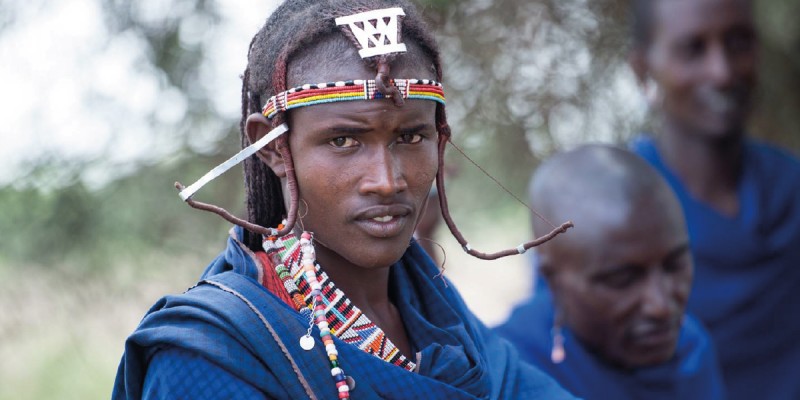 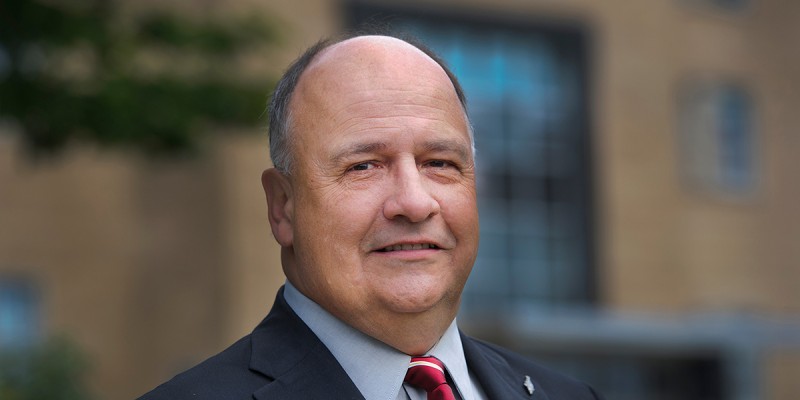 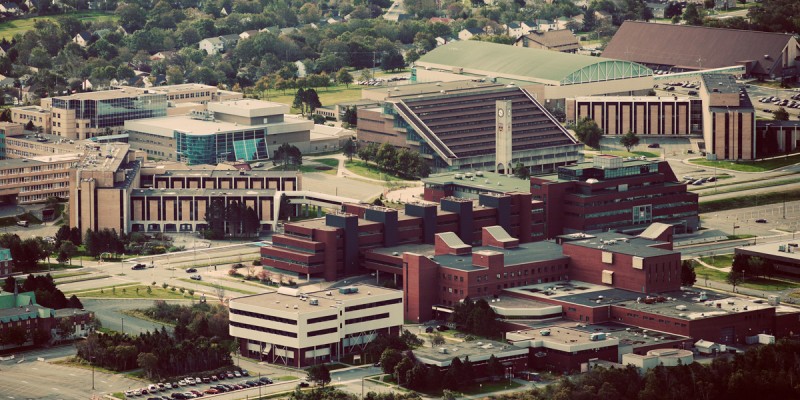 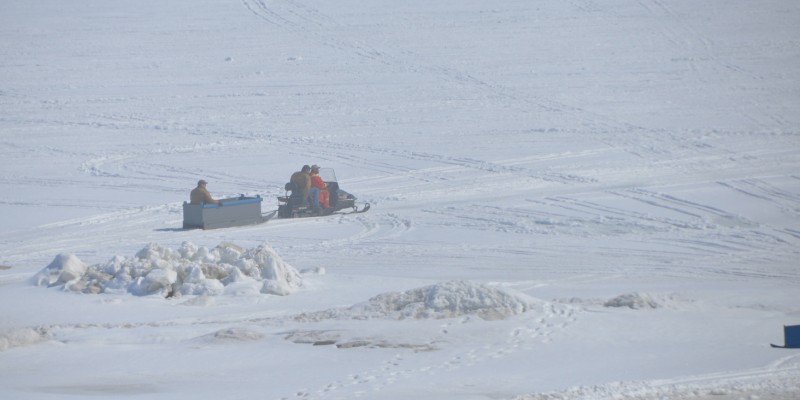 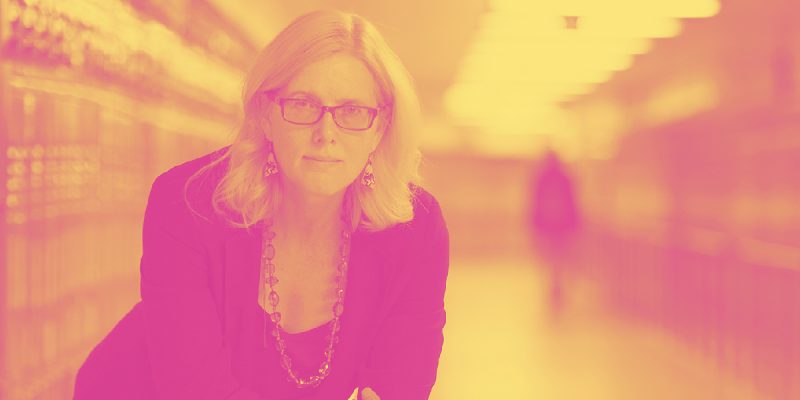