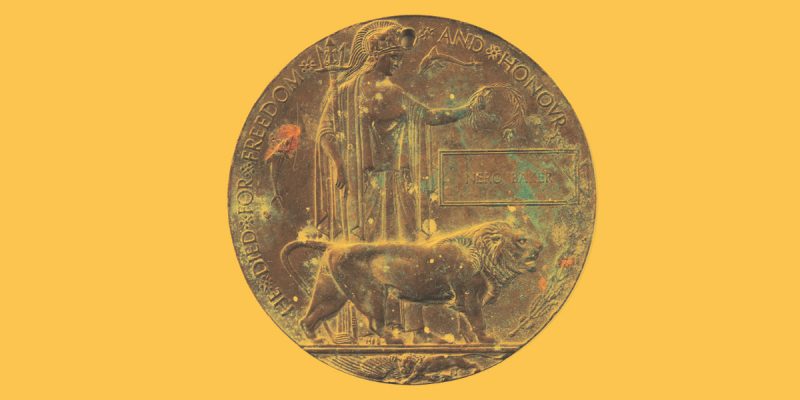 A penny for your life

Part of a special feature marking the centenary of the First World War and highlighting Memorial’s status as a living memorial “that in freedom of learning their cause and sacrifice might not be forgotten.” This feature supports WW100, Memorial’s Commemoration Program.

Fate and circumstance have tragic consequences, particularly during war.

This is the case of 26 year-old Private Nero Baker and 19-year-old Private Harold Abbott who were both Royal Newfoundland Regiment soldiers. Private Baker was from Heart’s Content, Trinity Bay, and Private Abbott was from Doting Cove, Fogo District.

Private Baker arrived in France a week before the war ended. Private Abbott arrived in France after the war was over but fate and circumstance placed them in the No. 1 Military Prison Guard Room Hut in Rouen, France, on Feb. 2, 1919. They were both on duty, likely sitting next to each other. Neither man had seen the horrors of trench warfare, the complex weaponry of war or the more than 38 million civilian and military casualties; yet, they, too, paid the ultimate price because of the war.

An accident unfolds in the guard room. Private Baker’s papers include a description of his tragic death:

“At No. 1 Military Prison Guard Room Hut, No. 5213, Private Harold Abbott, while cleaning his rifle accidentally discharged same; thereby shooting Private N. Baker who was sitting near him, through the leg. No. 5041 Private N. Baker was shot as stated above at about 04:30 hrs. on 3rd February 1919 and died of shock at 13:55 hrs. the same day as a result of injuries.”

The Archives and Special Collections Division in the Queen Elizabeth II Library has 19 memorial plaques or death pennies, as they are known colloquially.

Each penny has a story; every penny represents a life.

The death penny Private Baker’s next of kin received depicts the figure of Britannia wearing classical robes and holding a wreath. Underneath the wreath is his name. Rank was not included on the pennies because it was thought death has no rank. The penny is rich in symbolism and also war rhetoric, perhaps all of which was likely of little consequence to the family who received it. 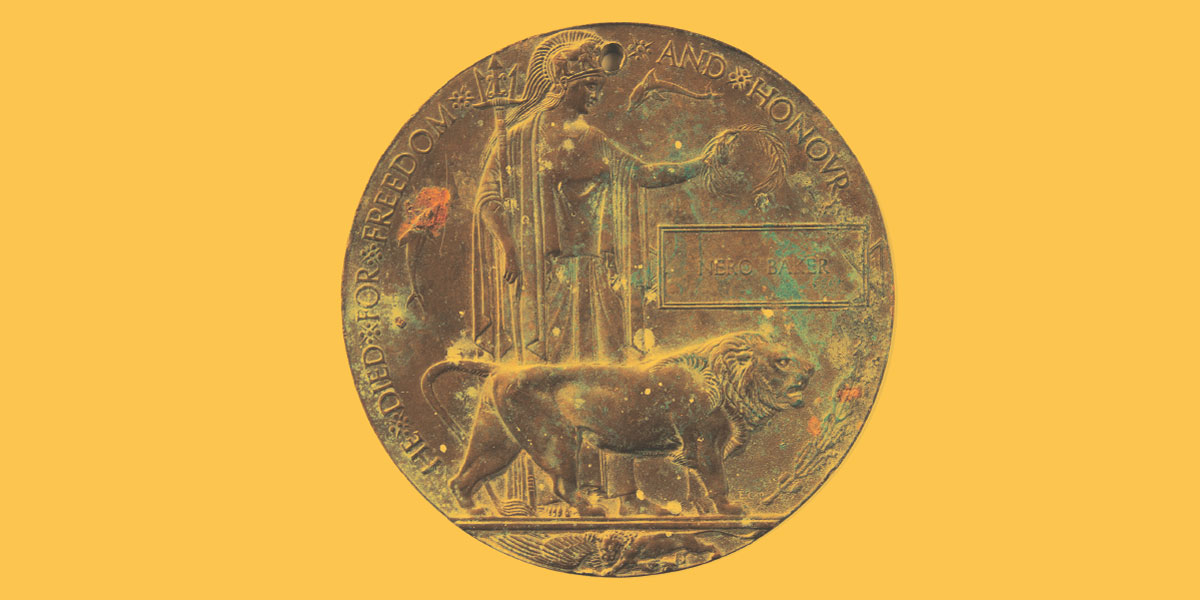 For example, in Britannia’s right hand, she holds the mythical Poseidon’s trident to signify Britain’s naval superiority. There are two dolphins on each side of Britannia also representing Britain’s nautical prowess. A lion stands by her feet, and below another smaller lion biting into a winged German Imperial eagle. The oak branch with acorns on the right side of the plaque represents strength and endurance.

“Commemoration is complex,” said Colleen Quigley, acting division head for Archives and Special Collections Division. “There are a lot of narratives about heroics and sacrifice framed by nationalistic propaganda, especially during wartime. These pennies are heartbreaking to hold, they signify human loss and testify to the tragic realities of war and what it says about humanity, nationalism, memory and power.”

Private Abbott’s papers state he was deprived of 28 days of pay for the accident. His war file includes a letter written by his father, a fisherman, requesting his son come home from service to help him in the fishery because his other sons were sick; the request went unanswered. How did Abbott feel about what happened? Was he haunted by it?  Would Private Baker’s life been spared if Private Abbott’s father had been successful in bringing his son home to take part in the fishery? There are no answers to questions like these. 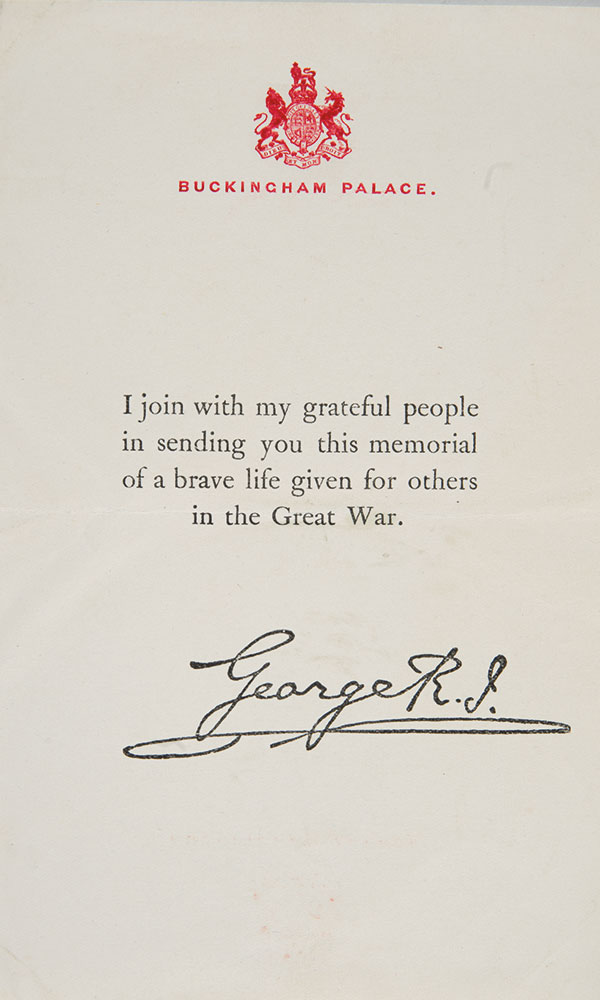 What is known is that Private Abbott would return to Doting Cove and marry. He would have three children. His life would go on. Private Baker’s family would receive a death penny that would eventually find its way to Memorial University Libraries and reveal a brief chapter of a life cut short by war.

“Remembrance is important, so is critically engaging with how history is told,” Ms. Quigley said. “When commemorating war and tragedy or any loss of human life it is our duty, especially within academic and heritage institutions, to explore the relationship between memory, mythology, class, gender and political propaganda.”

Kristine Power is a senior communications advisor with Memorial University Libraries. She can be reached at kristinep@mun.ca. 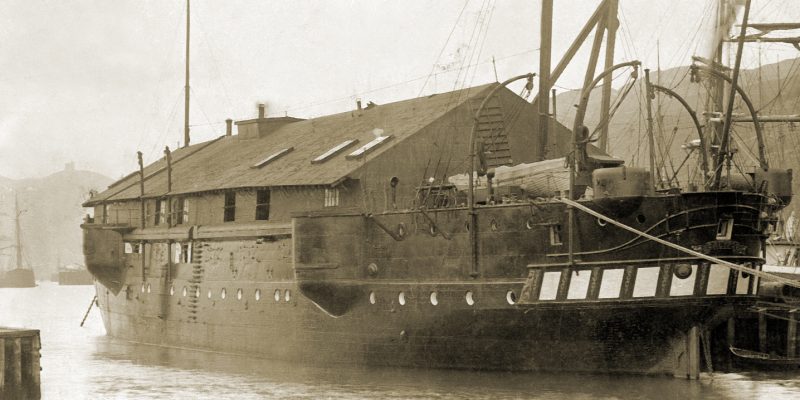 The story of the Newfoundland Royal Naval Reserve’s training vessel 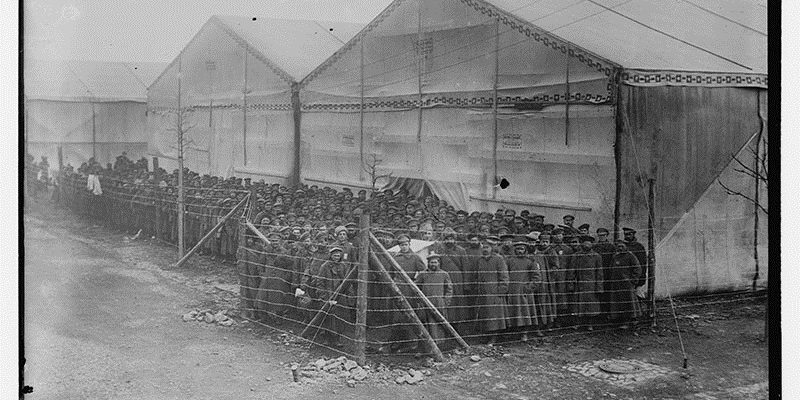 Collaboration to bring N.L. prisoners of war stories to light 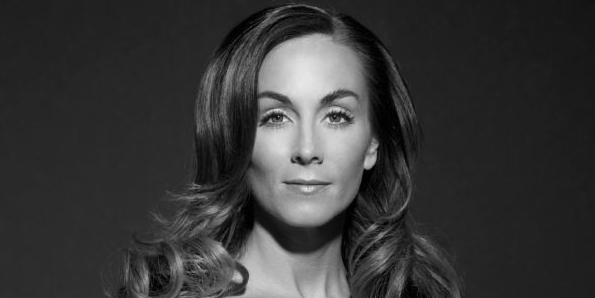 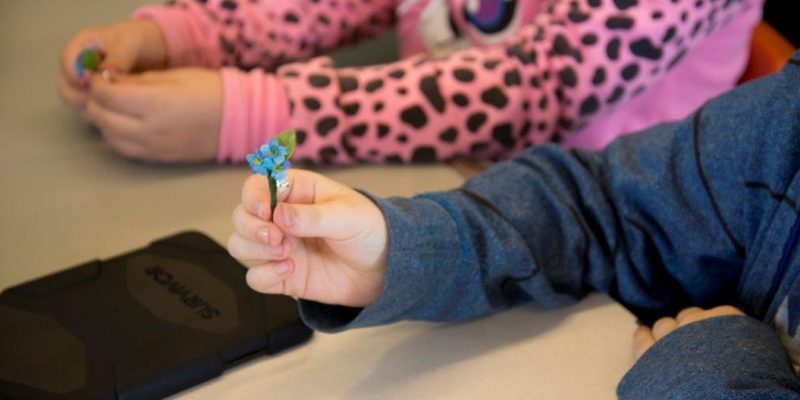 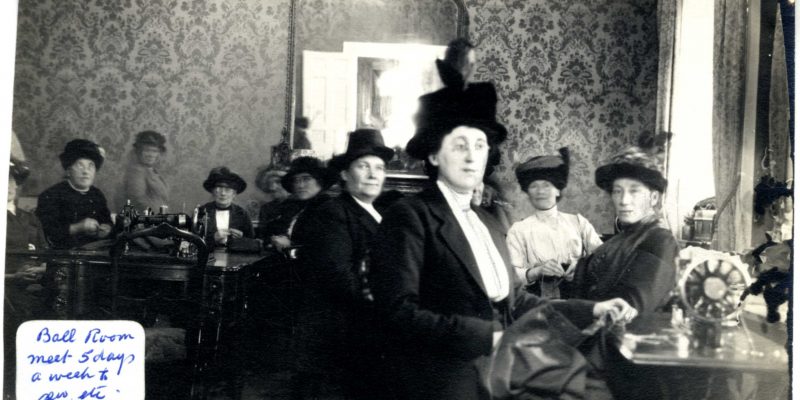 The First World War and the evolution of social work in N.L. 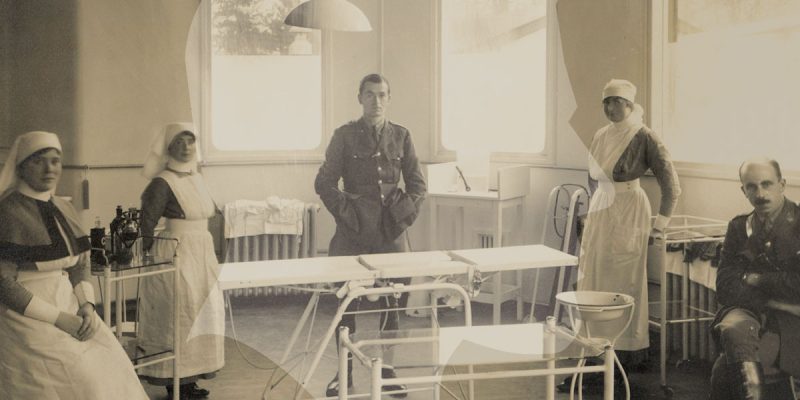