For a New Earth asks: What are we sustaining?

Part of a special feature showcasing Memorial’s leadership and expertise in a more sustainable Newfoundland and Labrador, with a particular focus on economic and social sustainability.

Like any good philosopher, PhD candidate Kyla Bruff offers a critical reflection on the very concept of sustainability.

“What are we really sustaining?” she said. “Are we trying to figure out a way to sustain consumerism by “greening” it up? Are we sustaining an Earth that has problems with smog?”

“We are concerned with the way Newfoundland and Labrador routinely exempts itself from taking responsibility for the ecological crisis,” said Dr. McGrath.

“Why does ecology always play second fiddle to the economy in this province? We are citizens of a planet, a planet in peril, and we need to take better care of what has been entrusted to us.”

FANE was initially developed as a public outreach event in Gros Morne during the fall of 2015 to examine the concept of nature and funded by a Social Sciences and Humanities Research Council (SSHRC) Insight Development Grant and a Connection Grant.

Since then, it has built considerable momentum through a series of subsequent events and has since become a registered non-profit organization. Its first annual general meeting was held in early February in downtown St. John’s.

“From the beginning we liked the idea of using public space, deploying the arts and inviting the community as well as the scientists into a place of dialogue on issues of concern to everyone,” said Dr. McGrath, who was the chief investigator on the original SSHRC grant.

Dr. Stephenson researches festival studies and community and has been key in developing FANE’s mandate of “ecological conversion for everyone,” a concept that challenges the very notion of sustainability by looking for radical change in the way things are done.

“The community of concern and action has to come from a localized place.” — Kyla Bruff

For Ms. Bruff, ecological conversion means pushing ecology forward in policy discussions and in discussions surrounding democracy and governance in Newfoundland and Labrador.

“The context of the province should be understood in a global context, as the issues we are dealing with are not localized yet, at the same time, the community of concern and action has to come from a localized place,” she said. “We deal with specific issues here in a certain context of course.”

Ms. Bruff points to the recent Advance 2030 announcement by the provincial government regarding its plan to double oil and gas production by 2030, as one example.

“Nobody is talking about climate change in this context and that’s not responsible planetary citizenship,” Dr. McGrath said.

“No one is suggesting we stop oil production, but we must consider that this is not a long-term prospect for anyone. And if this is one of the few ways for the province to generate money, we should be considering what we do with that money to diversify and divest our economy.”

The group members are using their training to separate one argument from another — and to pose the difficult questions that must be asked at critical moments.

Dr. McGrath acknowledges that FANE doesn’t have all the answers. But, he says, “We are people who are conscious of the fact that all these things are not being said.”

Telling and hearing the story of Muskrat Falls

FANE is bringing specialists into public spaces to raise these questions.

The three FANE executive members recently returned from Labrador, where they co-hosted a mini-conference and public symposium on Muskrat Falls with the Royal Society of Canada, the Labrador Institute and Memorial’s philosophy department.

The goal of the event was to collectively tell and hear the story of Muskrat Falls in all of its ecological, political, social and economic complexity.

The FANE executive explains that they are not focusing on one specific environmental issue, but on ecology as a whole.

“We are trying to generate enthusiasm and commitment about climate change. We all need to participate,” said Dr. Stephenson.

“This is an opportunity to rebuild civil society and to push culture in a different direction. People talk about a democratic deficit, but there is also an imagination deficit. We can’t seem to think about new ways to do things.”

On the positive side, Dr. McGrath cites a routine public lecture series in philosophy at The Ship Pub in downtown St. John’s, at which FANE presented last fall, answering the questions: “Do we really care about climate change?” More than 200 people showed up; almost 90 per cent were under the age of 30.

The next step for FANE is to integrate with other non-governmental organizations and non-profit organizations around the province doing similar work, organizations such as Climate Watch N.L., Iron & Earth, CPAWS and Green Rock.

The group is also planning to partner with City of St. John’s deputy mayor, Sheilagh O’Leary, on a provincewide educational initiative regarding a ban on plastic bags.

“Climate change has an existential dimension; more than a simple, technical fix is called for.” — Dr. Barry Stephenson

“I don’t know what it is about living on an island, but we end up in silos,” Dr. McGrath said. “For A New Earth is in a position to be a container for all of these initiatives to come together and we would love to provide that service.”

It’s not a coincidence that the term conversion — often associated with religion — is part of FANE’s mandate.

“Climate change,” said Dr. Stephenson, “has an existential dimension; more than a simple, technical fix is called for. We have to change, and this change will have to be deep and profound — hence the religious language of conversion. Religion, philosophy and the arts have traditionally played a vital role in posing difficult questions and offering creative solutions.”

Dr. Jennifer Simpson, dean, Faculty of Humanities and Social Sciences, says organizations like FANE are crucial to asking difficult questions about how to balance environmental priorities with economic concerns.

“It is organizations like this one, and the important work that they do, that demonstrate the significance of the humanities and social sciences in our lives, both in recognizing local challenges and in planning for our future.” 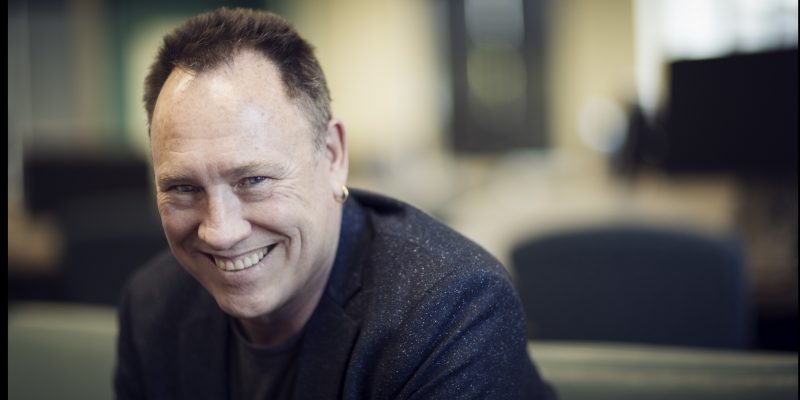 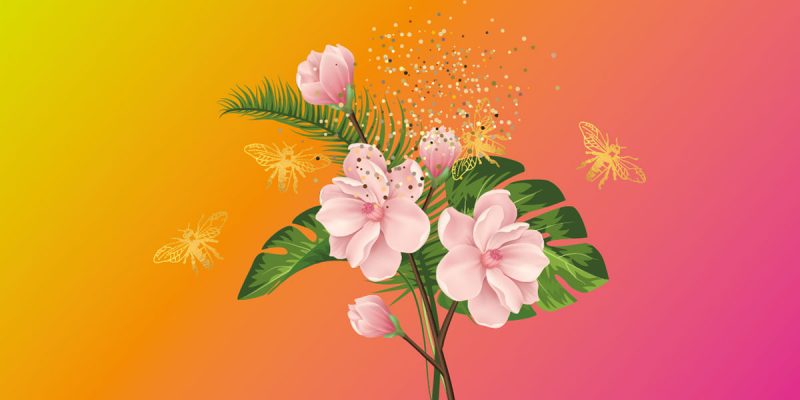 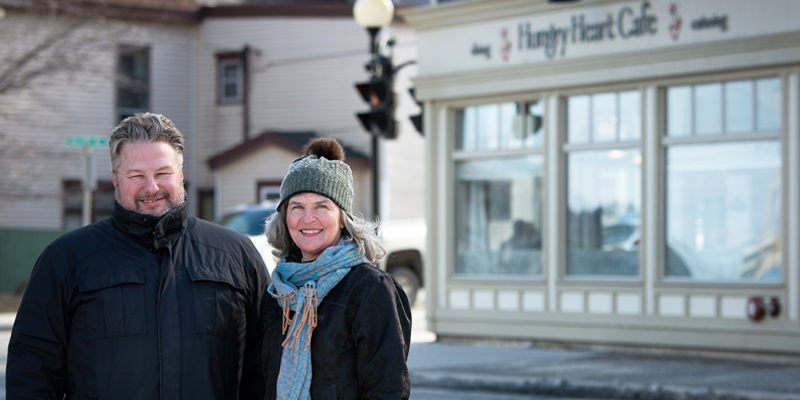 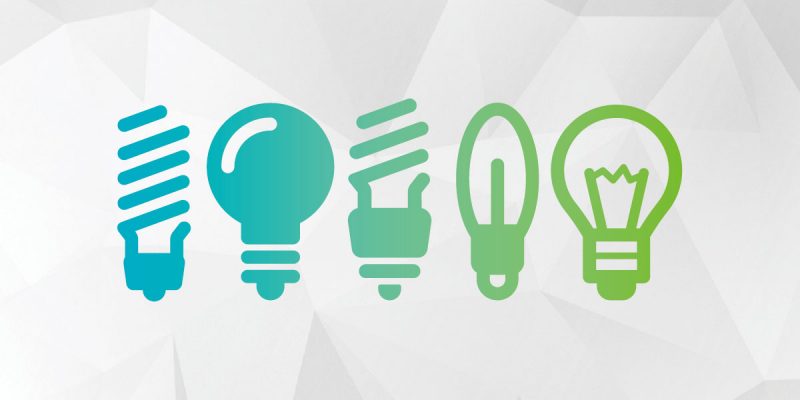 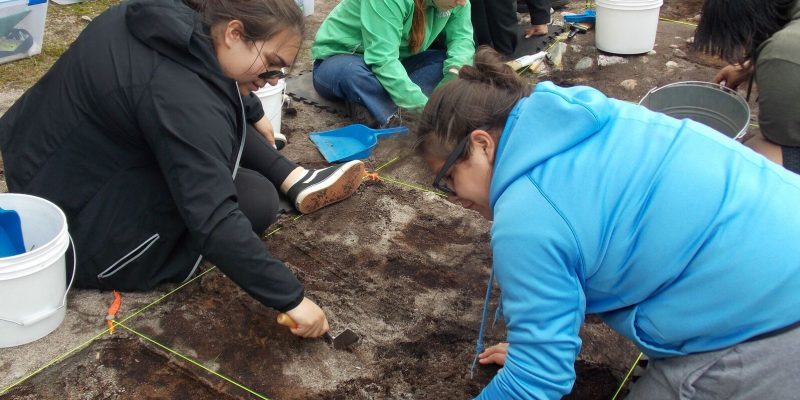 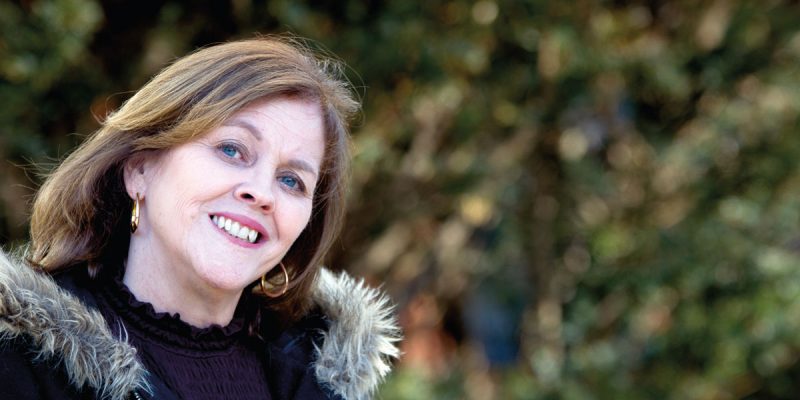