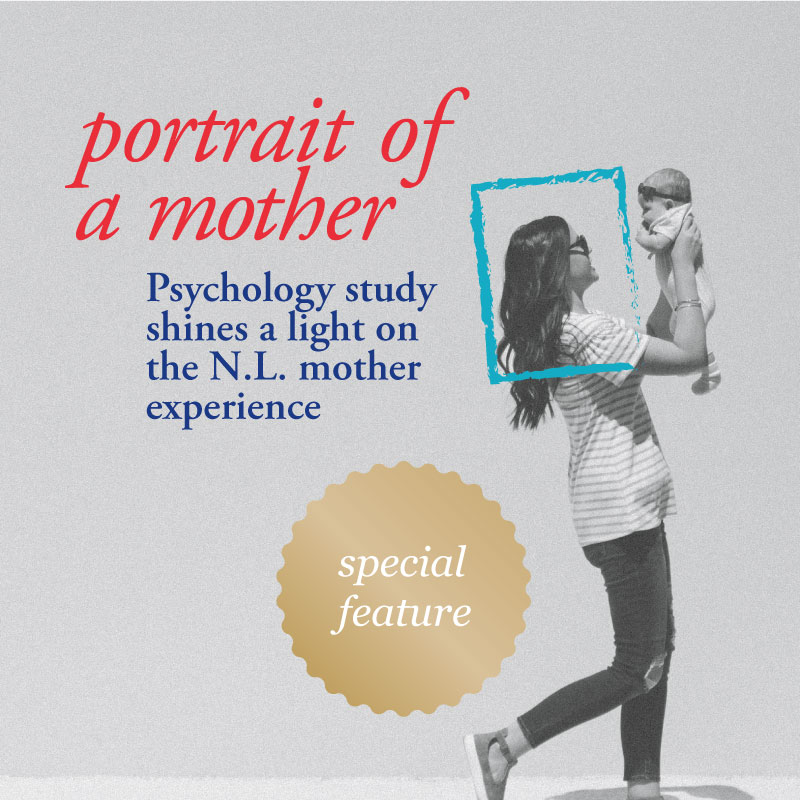 The motherhood experience of women in Newfoundland and Labrador is the focus of a recent Memorial University study.

Dr. Julie Gosselin, an associate professor in the Department of Psychology, Faculty of Science, and Shannon Bedford, a doctoral student in the PsyD program, spent three years collecting data from more than 1,000 biological, adoptive, married, single, separated, divorced and widowed mothers and stepmothers of children 18 years and under from across the province.

“We had a terrific level of engagement from the community,” said Dr. Gosselin.

“There was strong interest from mothers who felt they were finally being asked about their experience. This has always frustrated me about family research. Everyone recognizes that mothers are important, but no one pays much attention to them. They get asked about their kids a lot, but few ever ask, ‘What’s it like for you?’”

The aim of the study was to increase understanding of the motherhood experience through better knowledge of the impact of psychological distress, sense of parental competence, social support and satisfaction with family life and co-parenting.

It also investigated province-specific issues related to geographic inequalities and access to social and health services.

“With that data, we were able to create a demographic portrait of motherhood here in the province,” said Ms. Bedford. “One of the interesting things we found was that, in a lot of cases, there weren’t many differences between mothers.”

They did not find stark differences between urban and rural populations, and generally, found family structures in the province to be fairly traditional.

One detail the women noticed was the high prevalence of moms, and in particular rural moms, who had a partner who works away.

Women who have to mother alone most of the time, such as single mothers, are known to experience higher stress and to have a poorer socio-economic experience.

But that was not the case with mothers whose partners worked elsewhere.

“We felt perhaps, because it was so common here, that these mothers don’t feel as marginalized as single or divorced mothers who parent on their own the majority of the time,” said Dr. Gosselin.

“It’s so embedded in the culture here. But it also shows a resilience in the way that women do motherhood in Newfoundland and Labrador.”

The researchers were also interested in how satisfied women felt with their role as a mother and how competent they felt.

Factors like maternal age, mental health, co-parenting communication and the relationship with their child all had an impact on how they felt, says Ms. Bedford.

“Younger mothers were more comfortable with their parenting role, which surprised us, because you would think older moms would feel that way,” she said. “Our hypothesis is that new mothers have more supports and older moms may be more on their own.”

Mothers who believed they had positive interactions with their co-parent felt that they were doing a better job – highlighting the importance of partner feedback – while healthy children and child-parent relationships that were close and low in conflict made a mother feel more satisfied with her role.

A notable finding was that good mental well-being had positive impacts on both satisfaction and efficacy.

“That really speaks to the importance of prioritizing a mom’s mental health,” said Ms. Bedford. “We know that feeling confident as a parent helps the whole family, and we know that good mental health equals feeling confident as a parent. So, we need to help prevent mothers from getting to the point where they are not functioning well, because it impacts everyone in the family.”

This was highlighted by the fact that mothers who reported poorer mental health also reported accessing more health and social services for themselves and their children.

“We need to help prevent mothers from getting to the point where they are not functioning well, because it impacts everyone.” — Shannon Bedford

She says that the study sample indicates women who have a lot going for them, families with fewer resources are much less likely to participate in this kind of research.

“I think we can extrapolate that the trends we found here could be exacerbated for families with additional stressors. From our own findings, the more adverse events women face, the poorer their experience of parenting becomes, as well as their satisfaction and self-esteem. So, what we see here may just be the tip of the iceberg.” 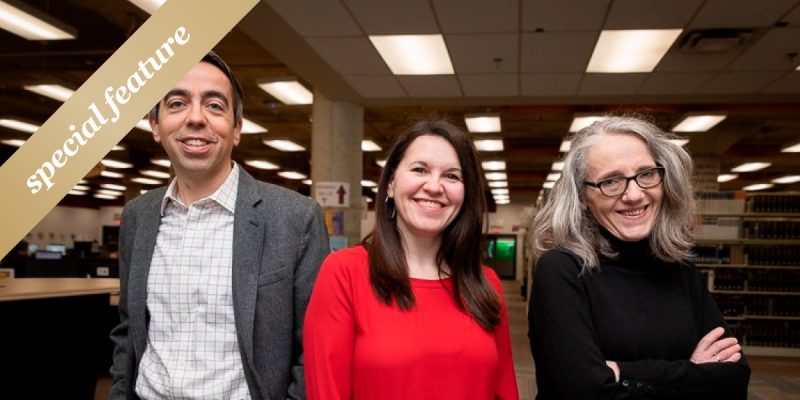 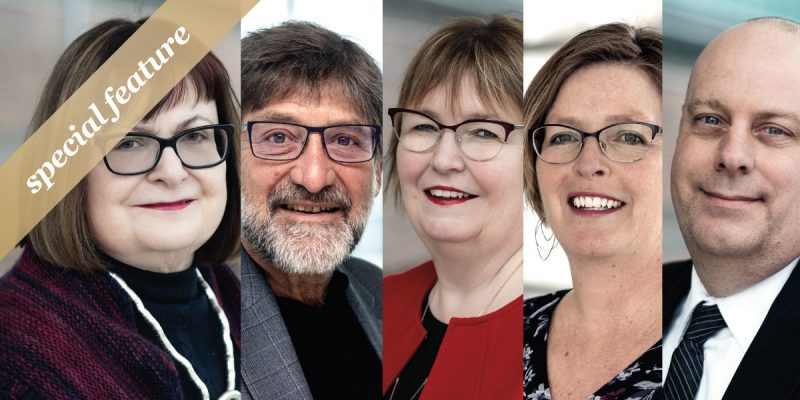 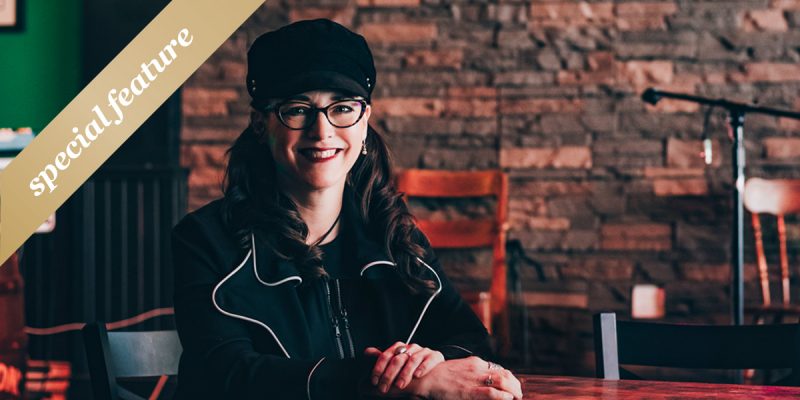 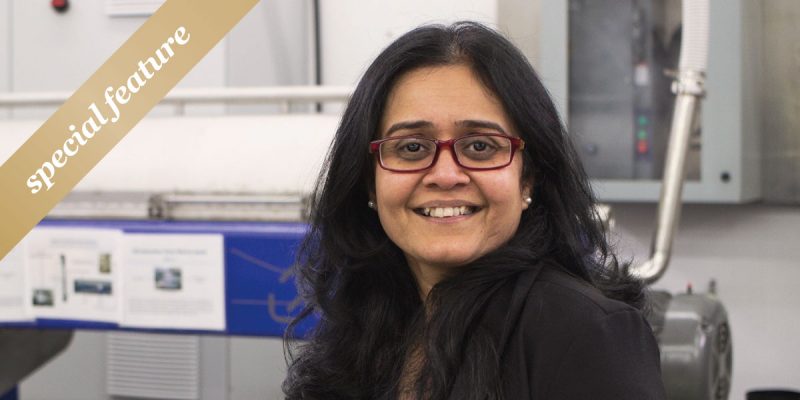 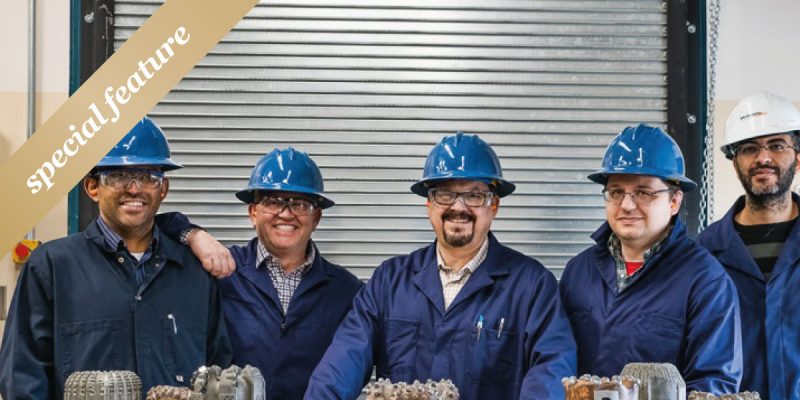 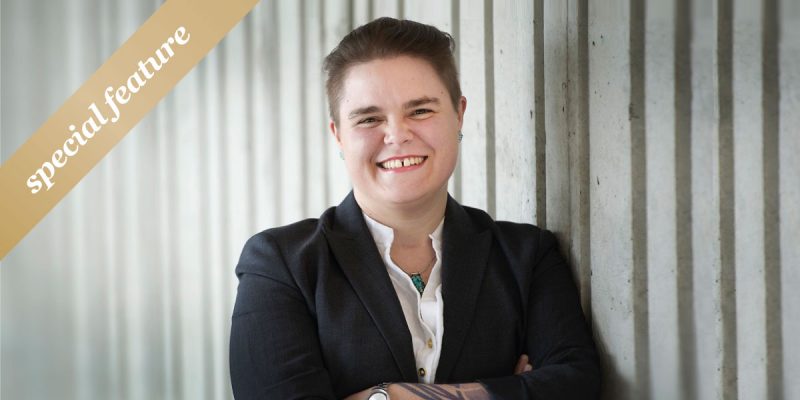 The future of mental health is in celebrating difference