Since Keith Taylor began nurturing the growth of cross-country running in the mid-1960s, interest in the sport has exploded in Newfoundland and Labrador.

One has to look no further than registration numbers for events like the Tely 10 road race; this year, almost 5,000 participants assembled at the starting line this year in Paradise, N.L.

This interest is rewarding for Mr. Taylor, who is recognized as the driving force behind the establishment of cross-country running within the province.

“Joe Ryan presented me with the award. He was one of my first runners.” –Keith Taylor

“It was very emotional for me,” said Mr. Taylor of the honour. “Joe Ryan presented me with the award. He was one of my first runners. People like Joe and other Memorial alumni who went on to become phys. ed. teachers in the province continue to organize, promote and contribute to the development of runners. They are also still running in road race series themselves.”

While working with the physical education department, Mr. Taylor began the impressive work to make cross-country running a permanent and enjoyable aspect of athletics within the province. Not only is he credited for the required leadership for the sport to become established here, he spent 12 years as its main administrator in addition to filling the role of coach. Cross-country running is an established aspect of athletics in Newfoundland and Labrador today thanks to Mr. Taylor’s dedication.

“Before too long, we had bus loads of runners coming.” –Keith Taylor

“Initially, in the first few years we were getting four to five students per school at races,” said Mr. Taylor. “I got a lot of satisfaction in seeing so many young people being able to participate in the cross-country running meets we organized. Before too long, we had bus loads of runners coming and I remember a year when one school had six teams of five runners entered in one division alone.”

Mr. Taylor says there were equal opportunities for males and females to compete in the races they organized. Also, thanks to a creative scoring approach by reducing the number of members required per team, it made it easier for schools to send students to participate in events.

In announcing the new inductees, Bob Walsh, president, NLAA, put out a call to the public for future nominations.

“There is a continuous and growing need for nominations,” said Mr. Walsh. “We urge individuals who are aware of somebody who has made great contributions or special achievements to recognize them with a nomination designed to pay tribute and say thank you.”

Athletes Stephanie Adey, Lori Toope and Steve Wiseman were also inducted into the Newfoundland and Labrador Athletics Hall of Fame during the event. 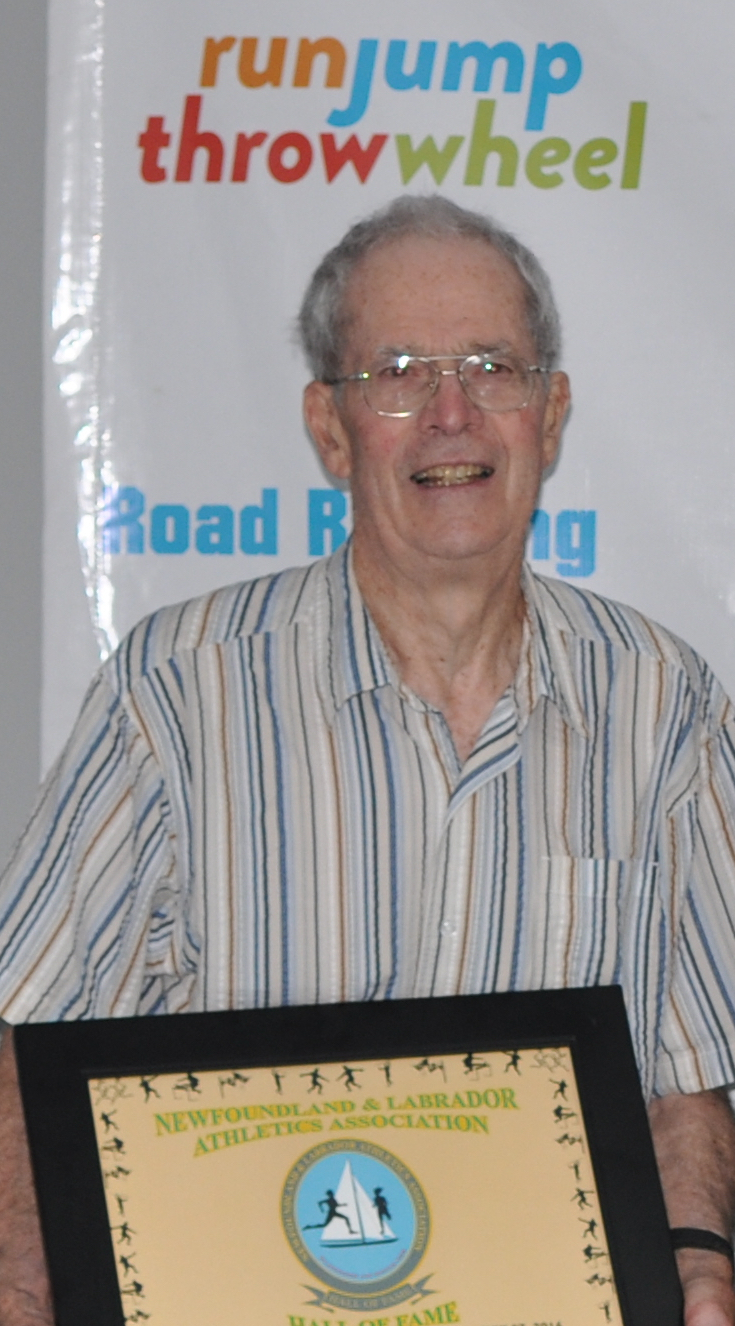 Keith Taylor has been inducted into the Newfoundland and Labrador Athletics Hall of Fame.