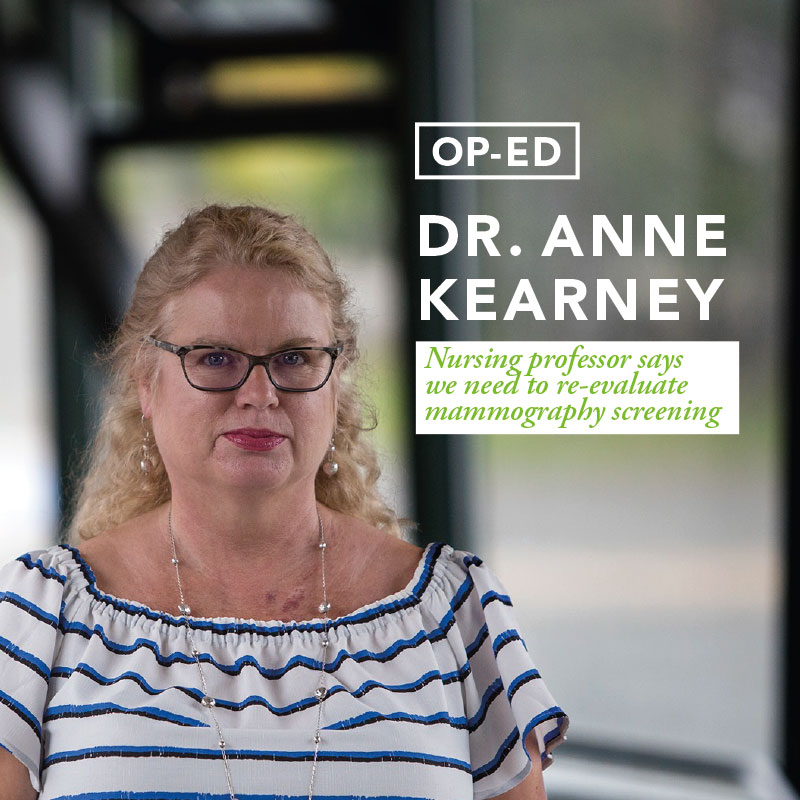 There is significant and increasing evidence that mammography screening does not reduce breast cancer mortality in women, but does – in fact – cause harm.

Like many other jurisdictions, Newfoundland and Labrador began an organized breast screening program based on research published in the 1970s and 1980s.

This research stated that screening women for breast cancer by mammography would reduce mortality by up to 35 per cent. These organized programs typically invite all women of a particular age group, usually 50-74 years, to be screened every 1-2 years.

In addition to not reducing death in women, more is now known about how mammography screening can harm women. There are four main causes of harm.

The first harm is overdiagnosis, which in this case, is when a woman is diagnosed, through mammography screening, with a breast cancer that might never have been detected without screening or have caused harm to the woman in any way. Because so much is unknown about how breast cancer develops, these early stage lesions are treated with the usual cancer treatments such as lumpectomy, mastectomy, radiation, and hormone therapy.

Treatment for over-diagnosed breast cancers detected by screening is called overtreatment. All overtreatment is harmful to women.

The second harm is related to false positive findings – when a potential abnormal finding is detected on a mammogram, but is ruled out as a breast cancer after the woman has further testing such as additional mammograms, ultrasounds and biopsies.

The third harm is the health risks associated with radiation from mammography screening, diagnostic testing (for false positives), and cancer treatment (for overdiagnosed breast cancers). Radiation exposure can lead to breast cancer and death.

The final harm is the significant psychological distress caused by false positive findings (women may think they are at increased risk of breast cancer) and overdiagnosis (living with a breast cancer that would never have been diagnosed without screening).

There is increasing evidence of these harms from randomized trials, systematic reviews, and large studies in countries that have offered population-based mammography screening for many years.

Further research is needed to increase understanding about how breast cancer develops including which early lesions are most likely to develop into an invasive or true cancer.

More research is needed to find the best way to detect invasive breast cancers at the earliest stage.

“More research is needed to fully understand the role these perform in the early detection of, and reduced death from, breast cancer.”

As well, leading expert review panels for preventive health care in Canada and the United States, among other jurisdictions, no longer recommend that women perform breast self-examination (BSE) or that health care providers do clinical breast exam (CBE).

More research is needed to fully understand the role these perform in the early detection of, and reduced death from, breast cancer.

Time for a shift in breast cancer detection

It is true that breast cancer mortality has decreased significantly over the past 30 years. Recent evidence suggests this is because treatment for breast cancer has improved remarkably and women have more awareness of breast cancer over this time period.

“This is not an easy proposition for governments that have promoted breast screening programs for many years.”

Based on current evidence, it is time to stop screening all women of a targeted age group with mammography and shift resources to the surveillance of women with a higher risk of breast cancer. This is not an easy proposition for governments that have promoted breast screening programs for many years.

Until population-based mammography screening is discontinued, women and health care providers need to understand what overdiagnosis is and learn to be comfortable with a ‘watchful waiting’ approach when a very early lesion, which may not ever cause harm, is detected.

Current evidence is insufficient to recommend against BSE and CBE. Until we have better quality evidence, women should be encouraged to know how their breasts normally look and feel, and primary care providers should examine women’s breasts.

While population-based mammography screening is still offered, women need to be educated – in plain language – about the potential benefits and harms so they can make an informed decision about whether or not to have routine mammography screening. This includes clear messages in all program promotional materials, websites, and consent forms.

At the present time, there is significant cost to women, their families and loved ones, the health care system, and society in general associated with mammography screening.

It is hoped they will provide national direction in the best interests of Canadian women.

Dr. Anne Kearney is an associate professor in the School of Nursing at Memorial. She can be reached at akearney@mun.ca.