As part of Pharmacist Awareness Month (PAM) 2016, the School of Pharmacy’s Canadian Association of Pharmacy Students and Interns (CAPSI) team and Memorial University Pharmacy Students (MUPS) society, in partnership with the Royal Newfoundland Constabulary and Royal Canadian Mounted Police will host the annual Public Pill Drop, where members of the public can safely dispose of their expired medications.

While expired medications may lose their effectiveness, there is also a danger that if not safely disposed of, they could fall into the wrong hands.

She says prescription drugs can be as lethal as illegal drugs if used incorrectly.

“The most common classes of prescription medications that are subject to abuse are the opioid analgesics such as oxycodone (Oxycontin, Percocet), the sedative hypnotics such as lorazepam (Ativan), diazepam (Valium), and the psychostimulants such as methylphenidate (Ritalin). Each of these medications can be lethal if taken in an excessive amount or if taken by someone whose system has not been introduced to the drug in smaller doses,” she said. “They could experience a variety of adverse effects such as breathing problems or seizures, depending on the type of medication. This is especially true when taken by a person who is drug naïve. That’s the worry with medications like these being on the streets.”

Pharmacy student Kyia Hynes, one of the lead event organizers, agrees that awareness is pivotal.

“Some of our students have been visiting local high schools to educate students about the dangers and risks associated with prescription drug abuse,” she said. “High school students are at a vulnerable age where they have more exposure to and knowledge about prescription medications. Therefore, it is important for us to do our part and make them aware of the risks of taking medications not prescribed for them.”

Constable Chad Rogers, RNC, is proud to work with pharmacy students on this initiative, adding that prescription drug abuse in the metro area is a growing issue.

“We have to do everything we can in this community to spread awareness and offer preventive measures,” he said.

“This threatens the health and well-being of those who become addicted, as well as that of our communities,” he said. “Initiatives like the Public Pill Drop reduce the number of prescription drugs that could end up on our streets.” 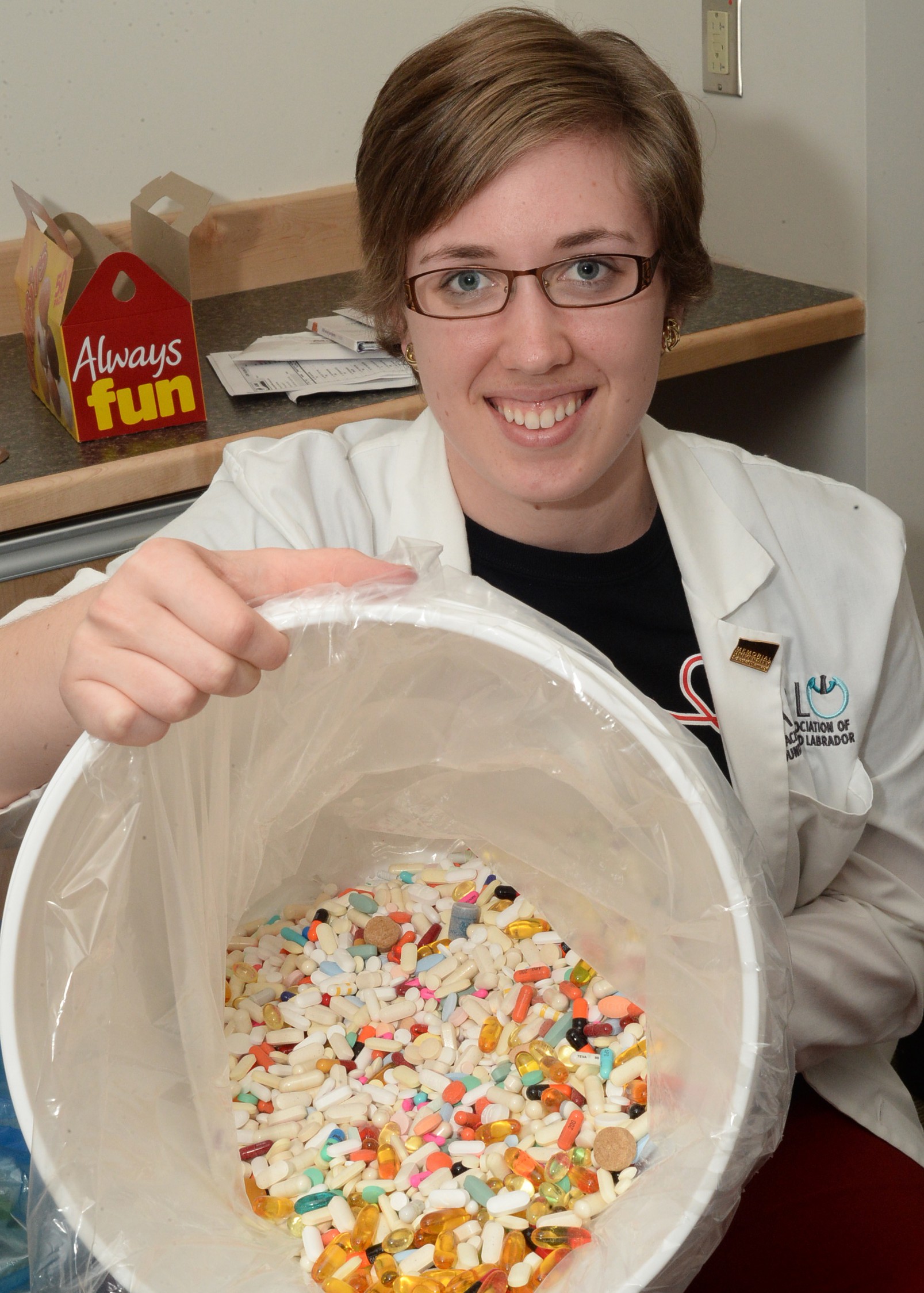 Sydney Saunders (Class of 2017) poses with some of the collection from the 2015 Public Pill Drop. Over 40,000 pills, inhalers, gels and creams were received.