Caring hands and peanut butter medicine on the ground in Haiti

Dr. Cathy Balsom’s gratitude for the accessibility and quality of health care in Canada was enhanced after a mission to Haiti on a volunteer task force as part of Team Broken Earth recently.

“Learning to practise with such limited resources was the most profound aspect of the experience,” said Dr. Balsom, a pharmacist in the School of Pharmacy’s Medication Therapy Services Clinic.

“It was incredible to see how the medical team operates with so little. We packed a Tupperware container with medications and transported it between seven different clinics in seven different villages and saw 470 patients (most of whom were children), often only with 20 medications to work with.”

“We partnered with Haiti Village Health, working side-by-side with their medical personnel. I was very excited to grow the role of the pharmacist on the team.”

This mission was the first time a pharmacist participated; Dr. Balsom worked with a Haitian pharmacy assistant who works closely with Team Broken Earth and Hands Up for Haiti, dispensing each of the medications to the clinic’s patients and counselling them on their use.

She says she taught the assistant how to interpret prescriptions written by the Newfoundland and Labrador team members as well as concepts about inventory control. He taught her how to communicate directions in Creole.

“Children with worms, tinea capitis (a fungal infection to the scalp), malaria and cholera are much more common than we’d see in Canada,” said Dr. Balsom, stating that malnutrition was a big factor in the children’s treatment.

“It was amazing to see the parents and children being educated on a healthy diet by our dietitian and the implementation of the Medika Mamba program — a nutritional supplement implemented in Haiti, also known as ‘peanut butter medicine’ — to combat this issue.”

Originally assembled to support the relief effort in the aftermath of the 2010 earthquake that left Haitians in dire need of medical assistance, Team Broken Earth determined that the people of Haiti needed a sustained medical relief effort to help rebuild the country’s health-care system and create sustainability through education of Haitians and other health-care professionals.

“We set up little pharmacy tables at each of the remote sites, as most of the clinics were held in churches or other facilities that didn’t have a pharmacy. We packed the medications into a bin and transported them to clinic with us each day to set up a mobile pharmacy.”

Heading into the holiday season, doing more with less and appreciating the quality and accessibility of health care in Canada is something Dr. Balsom says she will bring with her not only through Christmas, but in her everyday practice. 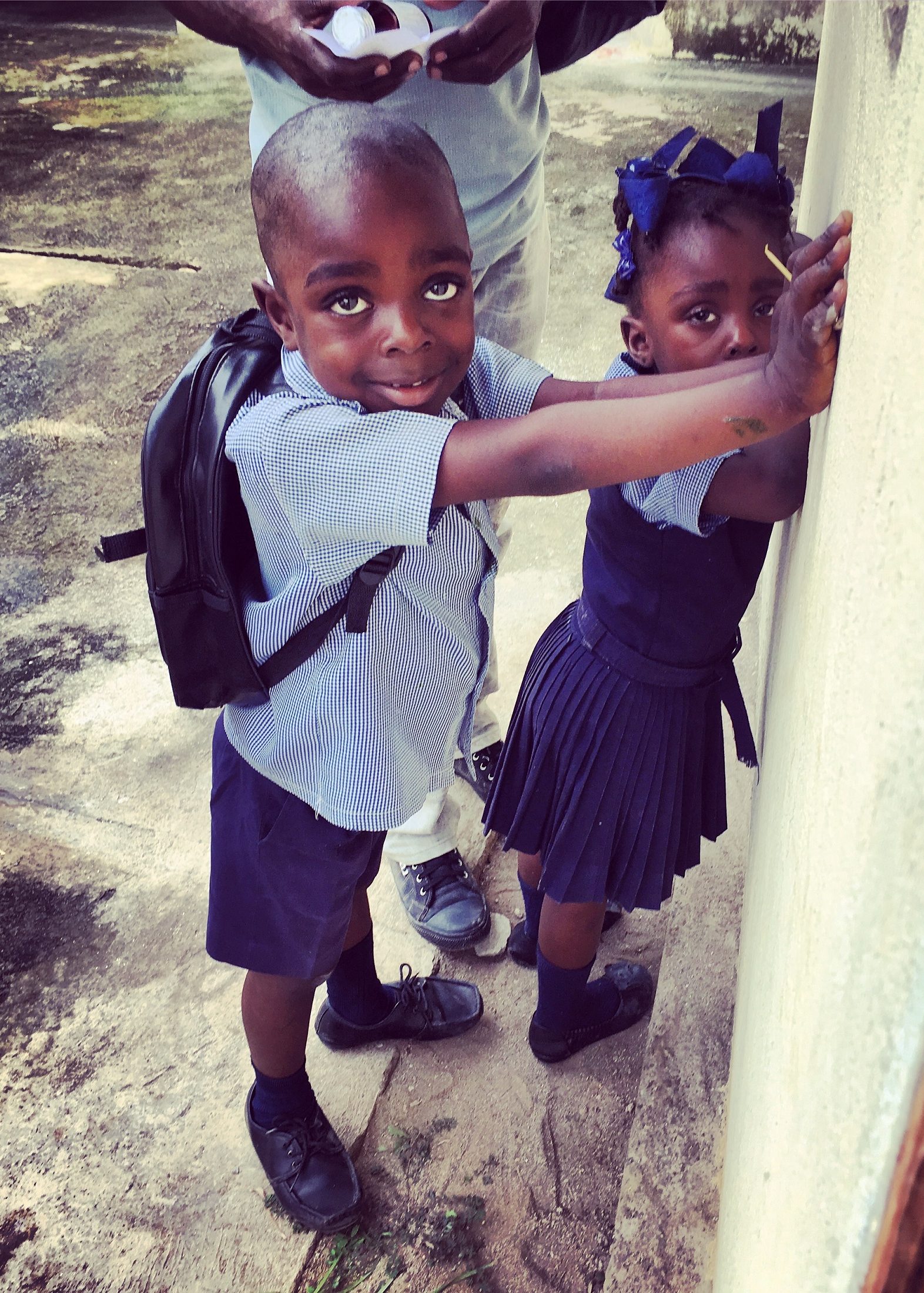 Two Haitian children receive treatment from a member of the Broken Earth team.