A respected researcher with worldwide acclaim has received the highest honour for research is his field.

Dr. Proton Rahman is the 2016 recipient of the Distinguished Investigator Award from the Canadian Rheumatology Association (CRA).

The award is for outstanding contribution to rheumatology and is presented to a rheumatologist who has significantly furthered research in Canada through the development of a major research program.

“I am very fortunate to receive this award.” —Dr. Proton Rahman

Dr. Rahman is associate dean, clinical research, and University Research Professor in the Faculty of Medicine as well as a Memorial alumnus. As a rheumatologist and genetic epidemiologist, Dr. Rahman is internationally recognized for his research on the genomics of rheumatic diseases.

“I am very fortunate to receive this award,” he told the Gazette. “This is a major accomplishment in our discipline.”

Dr. Rahman has identified several novel susceptibility genes in psoriasis and psoriatic arthritis, as well as new genetic markers for disease progression and pharmacogenetics in inflammatory rheumatic disease. Through his research, he has secured more than $62 million, as principal investigator or co-principal investigator, in research grants and has contributed to the publication of more than 200 papers.

He also led the development of the Newfoundland Genealogy Database, a piece of software allowing researchers to study the genetic component of disease through a robust database of family pedigrees ranging from the 1700s to the mid-1900s.

“This award is of special significance to me,” he noted, “as it is awarded by my peers. Fellow clinicians and scientists are very aware of the breath of research in our community and so to be selected by them is very rewarding.”

Dr. Rahman is quick to point out, however, that the honour is not an “individual award.” He credits his colleague Dr. Sean Hamilton, current divisional chief of rheumatology with the Discipline of Medicine, and a fellow Memorial alumnus, as well as his research staff for their commitment to their areas of study.

In addition to singling out his research contributions, the CRA also noted Dr. Rahman’s mentorship to graduate students and post-doctoral Fellows. Dr. Rahman says that among the many hats he wears—rheumatologist, scientist, administrator and teacher—the most rewarding role is fostering students.

“Graduate students keep me on my toes, motivate me and eventually steamroll over me as eventually they know so much more than me,” he said with a smile. “This is a good problem to have!”

Dr. Rahman accepted his award from the CRA in February. 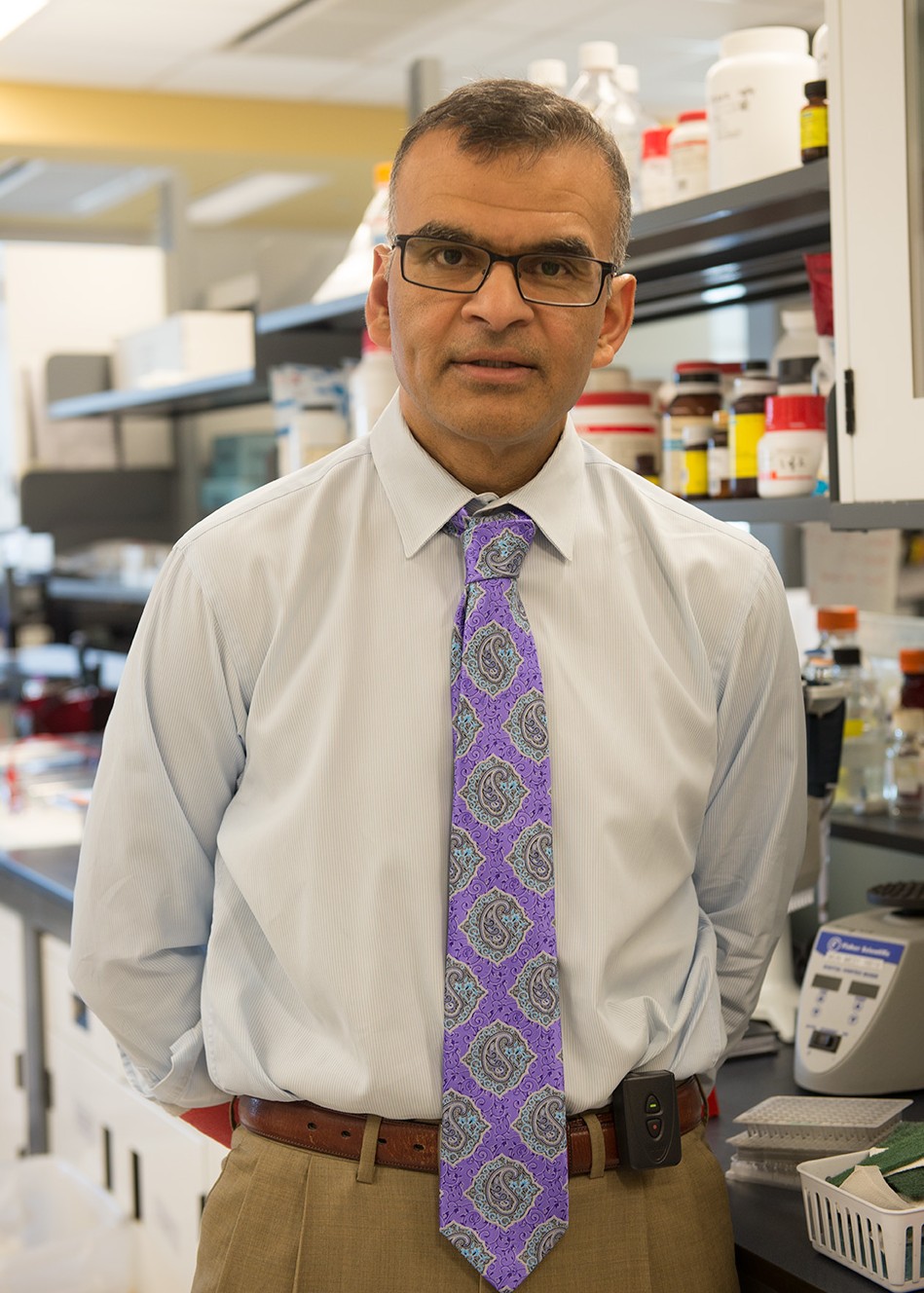