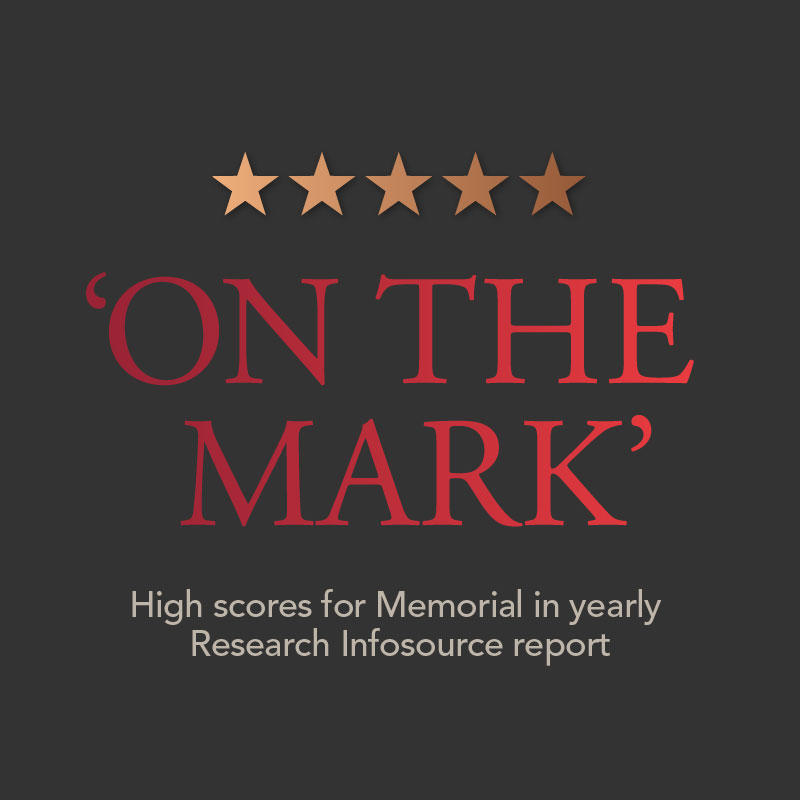 Memorial ranks No. 1 among Canada’s universities with medical schools when it comes to industry research income as a percentage of its total research income, according to new data released today.

Research Infosource reports Memorial’s total research income for fiscal year 2018 was $116,796,000, 36.7 per cent of which came from industry investments.

The new data, released on Nov. 7, is contained in the organization’s annual roundup of Canada’s leading universities, companies, hospitals and colleges.

“Ongoing collaborations with diverse industry stakeholders allow those of our researchers who make these connections to be the engine of research in the province and to leverage important funding opportunities that otherwise would not be available. Through industry partnerships and through careful oversight of intellectual property rights and research ethics, Memorial is able to remain at the forefront of strategic areas of research and on the mark as one of Canada’s top research institutions.” 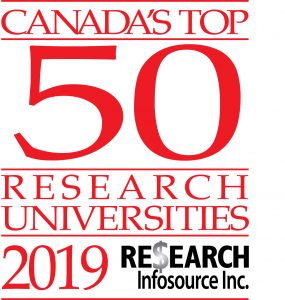 The increases means Memorial maintains its ranking in the $100-million club.

This year, Research Infosource included a special university spotlight on publication performance from 2013-17.

During this time period, Memorial had a total of 4,677 publications in three fields: natural sciences and engineering; health sciences; and social sciences and humanities.

Research Infosource says that with a total of 2,586 natural sciences and engineering publications – 55.3 per cent of its total – Memorial ranks No. 2 for this ratio in the country among schools in the medical category.

Similarly, with a total of 600 social sciences and humanities publications – 12.8 per cent of its total – Memorial ranks second for this ratio in Canada among medical-category schools.

It says only three institutions – Memorial, Saint Mary’s University and Acadia University – managed to buck the regional decline. It says in total, Atlantic university research accounted for four per cent of the national total in fiscal 2018, down from five per cent in fiscal 2017.

“Clearly, fiscal 2018 was not a stellar year for research income at Atlantic universities overall,” Ron Freedman, CEO of Research Infosource, said in a Nov. 7 news release.

“That said, three institutions performed well. Year-to-year variations are par for the course when it comes to research funding. So, what is more important- is medium and long-term trends.”

As one of the largest universities in Atlantic Canada, Memorial offers more than 100 degree programs, including those at the undergraduate, master’s and doctoral levels.