Dr. Angus Bruneau passes away at age of 81

Dr. Angus Bruneau, founding dean of the Faculty of Engineering and Applied Science at Memorial, has passed away.

Dr. Bruneau was an extraordinary visionary and made many outstanding contributions to the faculty and Memorial University during his time as dean, from 1969-74.

Dr. Bruneau became the founding dean of the Faculty of Engineering and Applied Science at Memorial University in 1969. He introduced one of the first co-operative education programs in engineering in the country and created C-CORE, today a world-renowned research organization in remote sensing, ice engineering and geotechnical engineering.

He was an officer of the Order of Canada, member of the Order of Newfoundland and Labrador, president of the Canadian Academy of Engineering and the holder of honorary doctorates from Memorial, Dalhousie University and the University of Waterloo. His leadership was inspirational, his accomplishments, many, and legacy profound.

“The economic prosperity in the province that has resulted from the offshore industry, as well as power utilities like Fortis, have happened to a significant extent as a result of Dr. Bruneau’s visionary leadership.”

Dr. Bruneau launched the new undergraduate program, administrative structure of the faculty, and soon thereafter graduate studies, master’s programs in 1969 and PhD studies in ocean engineering in 1971. Dr. Bruneau recognized that cold oceans engineering and oil and gas would become very important for the province, and for Memorial. His plans for engineering at Memorial reflected that vision.

When he became dean, Dr. Bruneau’s vision led to pioneering research projects, such as iceberg hazards and the first study of iceberg towing in 1970. The study, which was led by Dr. Bruneau, towed seven icebergs in 18 days at sea. The study was supported by a number of oil companies, and initiated further studies of the movement of icebergs, ocean radar and remote sensing.

With major investments from the National Research Council (NRC), other government agencies and industry, Memorial University and St. John’s became a hub for cold oceans research and development, leading to the creation of C-CORE at Memorial. In addition, the NRC Institute — today called NRC Ocean, Coastal and River Engineering — was moved from Ottawa to St. John’s. These were all projects for which Dr. Bruneau campaigned, both behind the scenes and in public.

These projects and subsequent work done by NRC and C-CORE were significant factors that eventually enabled the province’s first major offshore project, Hibernia. The economic prosperity in the province that has resulted from the offshore industry, as well as power utilities like Fortis, have happened to a significant extent as a result of Dr. Bruneau’s visionary leadership.

What he meant to us

After Dr. Bruneau moved on in 1975 to new endeavours, he remained an inspiration to the Memorial community, and a generous benefactor, particularly of students. Dr. Bruneau and his wife, Jean, have made record-setting donations of millions to Memorial, including the Student Leadership and Innovation Fund and the Bruneau Centre for Excellence in Choral Music.

To me, he has been a personal inspiration to lead our faculty to even greater heights. I’ve often felt overwhelmed by the magnitude of his career accomplishments. He was the founding dean and I’m the current dean. His shoes always seemed too large for me to try to fill. But this has inspired me, to always seek to innovate in new ways in our programs, become international leaders in strategic areas, for me to become a better strategic thinker, and set our goals higher than we ever thought we could achieve.

“I’ve never experienced such an incredible range of talents in a person before.”

As a person, he was a brilliant and a visionary thinker. He was approachable, warm and friendly, with a great sense of humor and was always considerate to others. He was a gifted communicator, always strategically thinking several steps ahead. He was a visionary leader with a keen business sense. I’ve never experienced such an incredible range of talents in a person before. He will always remain a role model for me and many of my colleagues.

Our faculty has amazing students, faculty and staff. We have a great work environment and pride in our programs. I believe the legacy left behind by Dr. Bruneau is a major reason for this. Our rich history and reputation of excellence in engineering education and research was built on the legacy left by Dr. Bruneau.

Words alone cannot express how much of an immense contribution Dr. Bruneau has made to our faculty, the university and the province, and how his giant presence will be missed.

Dr. Greg Naterer is the dean of the Faculty of Engineering and Applied Science at Memorial. He can be reached at gnaterer@mun.ca. 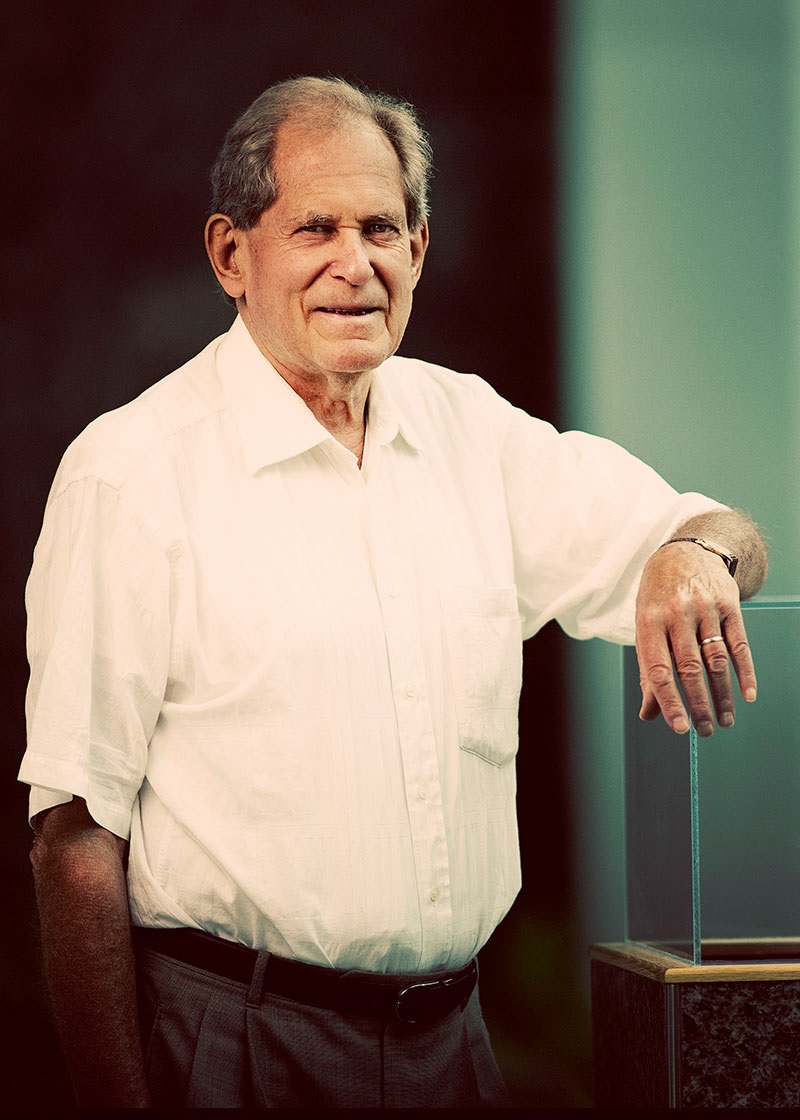