Head of the class

The Department of English is pleased to announce that accomplished poet Karen Solie is the university writer-in-residence for the 2018 fall semester.

Ms. Solie is not new to St. John’s, having spent summers in the capital for the past four years.

“Because Memorial’s English and creative writing faculty is excellent, it’s a residency I’ve been interested in for a while,” Ms. Solie said in an email interview.

“And being able to live here for nearly six months really appealed to me. I’ve been here in late fall and winter, too, so I know what I’m in for!”

Nationally and internationally recognized for the quality of her work, Ms. Solie’s work has received great acclaim, beginning with her debut collection, Short Haul Engine, published in 2001 and shortlisted for the 2002 Griffin Poetry Prize. 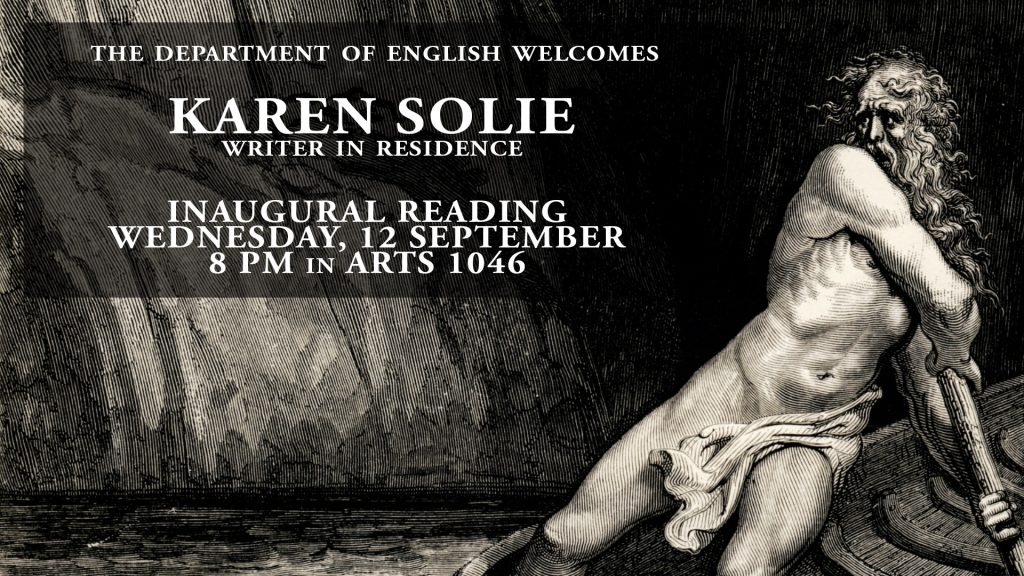 That book won the Pat Lowther Award, the Dorothy Livesay Poetry Prize and the ReLit Award. Her second book of poems, Modern and Normal (2005) was shortlisted for the Trillium Book Award, a prize which she won in 2010 for her third volume, Pigeon, which also won the Griffin Poetry Prize that year.

Her 2015 collection, The Road In Is Not the Same Road Out, was published by Anansi in Canada and Farrar, Straus and Giroux in the U.S. Reviewing the book for Poetry Magazine, Jim Johnstone observes that Karen Solie is “already one of Canada’s most internationally acclaimed poets, needing only five books to ascend to the head of her class.” She has been described elsewhere as “A sublime singer of existentialist bewilderment,” one who “restlessly excavates our civilization, the moments of tough luck, casual violence, naked desire, and inchoate menace….”

Ms. Solie has held several previous writer-in-residence positions in Canada and in Scotland at the University of St. Andrews. While at Memorial, she plans on finishing her latest book, a collection of poetry tentatively titled The Caiplie Caves.

She is eagerly anticipating her stint as writer-in-residence.

“What I look forward to most is the surprise, the challenge, the energy of encountering new work, of getting into it with writers, engaging in conversations that uncover potential and that visit the problems that never go away, no matter how long one writes. Whether we’re discussing philosophical questions or semi-colons, it feels expansive.”

Ms. Solie will give an inaugural reading on Wednesday, Sept. 12, at 8 p.m. in A-1046. Everyone is welcome. Free parking in lot 15B, near the School of Music Building.