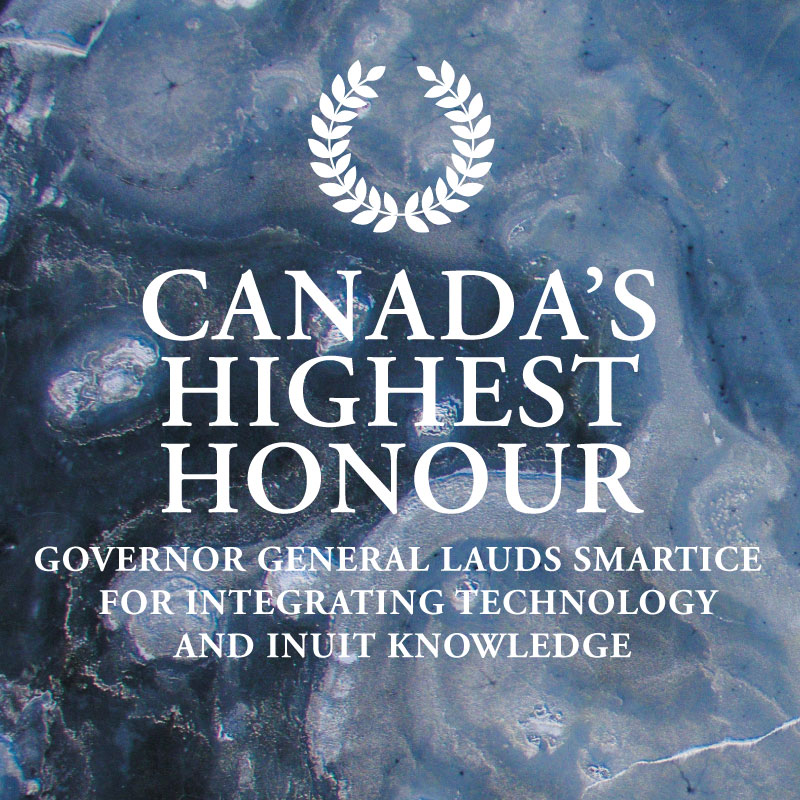 Dr. Trevor Bell and the SmartICE team have been recognized with a Governor General’s Innovation Award for their groundbreaking work on climate change adaptation.

SmartICE is an award-winning project that integrates on-ice technology, remote sensing and Inuit knowledge to generate near real-time information of ice conditions for Arctic communities. It was named the Arctic Inspiration Prize winner in 2016 and a United Nations Momentum for Climate Change Solutions winner in 2017.

Learn more about SmartICE in the video below.

“The work of Dr. Bell and the team both showcases the innovative cutting edge research that Memorial University is known for internationally, while supporting knowledge generation and Indigenous community-led research in the North,” said President Gary Kachanoski. “I offer my congratulations to each of them and thank them for their commitment to research that is having such a positive impact.”

As a result of climate change, sea-ice travel across the North has become increasingly unpredictable.

“This award for SmartICE is really special,” said Dr. Bell. “It recognizes not only our technological innovation in climate change adaptation, but also our social innovation in training and employing Inuit youth in technology production and operation.”

The technology has been redesigned so it can be assembled by trained Inuit youth in Nunatsiavut for distribution across Inuit Nunangat (homeland).

“The incredible support of communities from across Inuit Nunangat has driven our expansion over the past two years since winning the Arctic Inspiration Prize, while funding from all levels of government, industry and foundations has fuelled our growth,” Dr. Bell said.

“I am grateful to the Federation for the Humanities and Social Sciences for nominating SmartICE for the Governor General’s Innovation Award.”

It now operates as a work-integrated social enterprise in 14 Northern communities with plans to expand further across Inuit Nunangat.

Inuit youth are being trained to interpret satellite imagery and document sea-ice terminology and travel hazards based on traditional knowledge from their Elders.

“The incredible support of communities from across Inuit Nunangat has driven our expansion.” — Dr. Trevor Bell

By preparing these ice maps, youth strengthen their language, culture and knowledge, while raising awareness of, and co-designing solutions for, Arctic climate change adaptation.

The Governor General’s Innovation Award is Canada’s highest honour for innovation. It is the second time Memorial faculty have received the prestigious award. In 2018 a team of researchers in the Faculty of Medicine were recognized for their groundbreaking discovery that is saving the lives of those affected by a deadly genetic disease.

This year’s recipients were announced on May 13 by Julie Payette, Governor General of Canada. Winners will be recognized during a national ceremony on May 29 in Ottawa, Ont.

Founded in 2015 and presented for the first time in 2016, the Governor General’s Innovation Awards recognize and celebrate outstanding Canadian individuals, teams and organizations whose exceptional and transformative work help shape our future and positively impact our quality of life.