Nunatsiavummiut media, archives and heritage to be discussed July 19

Imagine if most of the historical records about your people were originally written in a language other than your mother tongue.

That’s the case for many Inuit in Northern Labrador. Although the Labrador Inuit have a rich oral culture, their written history was mainly documented by Moravian missionaries.

“When the Moravian missionaries arrived in Northern Labrador in the 1700s, they began to meticulously document the lives of the Inuit people,” said Dr. Mark Turner, adjunct professor, School of Music, and manager of audio-visual archives and media literacy for the Tradition and Transition Research Partnership.

“They continued this laborious documentation over the next 150 years. Culture, education, language, social structure and residents’ movements are only some of the things available in these documents.”

However, much of this historical collection has only been available in places like Memorial’s Queen Elizabeth II (QEII) Library or on microfilm.

Dr. Turner aims to change that.

Through his role in the Tradition and Transition Research Partnership, Dr. Turner wants to make history more accessible for the Inuit of Northern Labrador, known as Nunatsivummiut.

He is doing so with the help of Stacey Penney, Digital Archives Initiative and cataloguing librarian at the QEII Library, and fellow investigator Dr. Hans Rollmann, Honorary Research Professor, Department of Religious Studies, Faculty of Humanities and Social Sciences, at Memorial and a Moravian document expert, having studied numerous documents over the past 25 years.

“The Moravians were quite prolific recording hundreds of thousands of documents in their native German and in a difficult-to-read handwriting,” said Dr. Rollmann, noting that they translated, however, a sizeable portion of these into English in the print journal, Periodical Accounts.

“Our goal is to make these documents more accessible to the public, rather than just to a handful of academics spread across North America and Europe. We want the people of Nunatsiavut to have ready access to their history and culture.”

Drs. Turner and Rollmann are able to do this thanks to a $25,000 Knowledge Synthesis Grant from the Social Sciences and Humanities Research Council to unlock the chronicle of the Inuit community of Hopedale.

Event at Centre for Newfoundland Studies

On Wednesday, July 19, at 1 p.m., Drs. Turner and Jamie Brake, archaeologist, Nunatsiavut Government, invite the public to the Centre for Newfoundland Studies at the Queen Elizabeth II Library for the St. John’s installment of a series of discussions on media, archives and heritage issues relating to Nunatsiavummiut, with a specific focus on this project.

“They provide meticulous details of daily mission life from 1790 to 1961,” he said. “Since internet speeds in Nunatsiavut are slow, one of our major goals is to develop a strategy to make digitized, historic materials available in the region in an offline format.”

Throughout the project, the researchers will experiment in making the materials available in three locations in the community of Hopedale: the Nunatsiavut Assembly Building, Amos Comenius Memorial School and the Moravian Mission Complex and Museum.

“The knowledge gained from the material will contribute to regional decision-making in the areas of heritage and culture, as well as education and archival resource management,” said Dr. Turner.

“But even more fundamentally, we are excited to learn about how it is that Nunatsiavummiut would like to be able to use their digitized historic materials,” he continued. “On July 19 we are looking forward to continuing a much broader discussion in St. John’s. We recognize that this project is meant to serve the needs of Nunatsiavummiut on Labrador’s North Coast. Nunatsiavummiut living in places such as St. John’s face a range of other issues with regards to accessing their historic materials.” 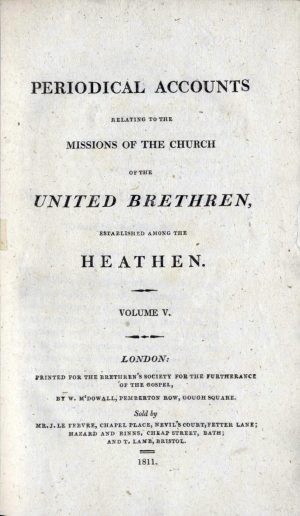