A Memorial researcher is partnering with his Australian colleagues on a novel technology that could greatly increase the speed and sensitivity of thermal imagers.

Thermal imagers are devices that improve the visibility of objects in a dark environment by detecting the objects’ infrared radiation and creating an image based on that information.

Their work investigates a new technology to increase the sensitivity and speed of thermal imagers using porous materials – specifically, porous silicon. It’s a form of the chemical element silicon with nanopores in its microstructure, which gives it a large surface to volume ratio.

“Many of the chips in the solid state electronic devices we know and love – phones, computers and televisions – are made of silicon.” — Dr. Todd Andrews

To develop these porous materials, the project will study the interdependence of optical, mechanical, thermal and electrical properties at the micro- and nano-scale and is highly interdisciplinary, leveraging engineering disciplines of electronic, mechanical and optical engineering, as well as materials physics.

“Many of the chips in the solid state electronic devices we know and love – phones, computers and televisions – are made of silicon, so companies already have their manufacturing technologies and processes set up to handle it,” said Dr. Andrews. “Porous silicon is just silicon with holes in it and, from a manufacturing perspective, you deal with it in much the same way as regular silicon.”

He says another advantage of working with porous silicon is that its properties can be easily controlled by changing the porosity of the sample, which is made using an electrochemical etching technique.

Porosity is a measure of the percentage of the sample volume that is occupied by holes. For example, 50 per cent porosity means that half of the volume of the sample is holes. In this case, the researchers are working with samples with porosities of about 55-85 per cent and pore sizes that are just a few nanometers or billionths of a meter in diameter.

“By changing just one parameter used for making porous silicon, such as the etching current, you can change the porosity from about 20 per cent to 90 per cent,” explained Dr. Andrews. “That allows you to control the material’s thermal, optical, mechanical and electrical properties and change them over a very wide range. If you want a material with a certain set of properties, you can just dial in the porosity that gives you those properties.”

Most thermal imagers on the market use ultra-thin amorphous silicon layers, leading to low manufacturing yield and higher electrical noise in the resulting devices.

Porous silicon layers can be made much thicker, providing potentially higher yield as well as the ability to form complex layers not possible in thin amorphous silicon. The flexibility provided by the thicker layers and the porosity control of porous silicon’s properties has the potential to make thermal imagers faster, more sensitive and less costly.

Currently, high performance thermal imagers use cooled photon detectors and are predominantly limited to defence and security applications due to their high cost.

For civilian and paramilitary – police, firefighting – applications, uncooled thermal imagers are lighter weight, widespread and cost-effective. However, they do have shortcomings, the most serious of which being the trade-off between thermal sensitivity and speed.

The porous silicon research will be undertaken by the Microelectronics Research Group (MRG) at the University of Western Australia, the foremost infrared research group in the country, and one of the leading groups internationally in infrared technologies.

“The MRG’s knowledge of these devices and how to make them is complementary to the contributions that I will make to the fundamental understanding of the porous silicon material properties,” said Dr. Andrews.

“Overall the scope of this work is to gain an understanding of the underlying materials physics and specialized engineering processes required to fabricate a high performance thermal imager — not to actually build a commercial device,” he added. “From a personal perspective, I’m more interested in the basic science — the advancement of knowledge, as opposed to commercialization, but this project offers the best of both worlds.” 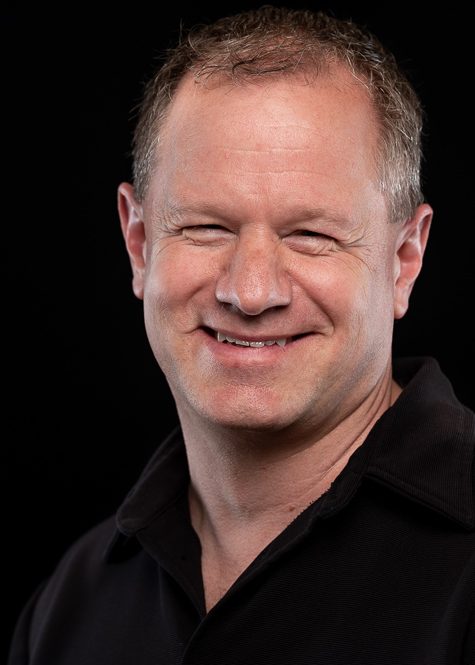