‘To’ Russia with love

HSS student first from Memorial to study at University of Archangel

In 1503 John Cabot’s son, Sebastian, sailed into Archangelsk in Northern Russia, six years after sailing with his father to the Island of Newfoundland.

In late January 2017, that Newfoundland-Archangelsk connection will be made once more when Memorial student Mitchell Bouchard arrives at the University of Archangel on the banks of the Dvina River near the White Sea.

Mr. Bouchard is a native Nova Scotian and a fourth-year student of history and Russian. He will be the first student from Memorial to attend the University of Archangel, on what will be his second trip to Russia following what he calls a “life changing” study abroad experience in St. Petersburg in 2014.

He believes studying abroad puts education in context, especially for humanities subjects with a specific focus on a geographic area and can be a key factor in improving diplomatic relations.

“From a geopolitical perspective, the more mutual cultural exchange and experience we have, the better. There’s a certain level of respect that happens when you arrive in a country aware of their own culture and language.”

Dr. Stuart Durrant, Department of Modern Languages, Literatures and Cultures, Faculty of Humanities and Social Sciences, has sent more than 600 students to Russia since he began organizing study abroad trips to the country in 1988, during the last years of the USSR.

“I am very pleased with the rich cultural program our students receive as part of the Russian summer program: daily excursions to museums, the State Heritage and Winter Palace, galleries, lectures given by specialists, visits to historic sites, artists’ studios, the apartment-museums of Dostoevsky and Pushkin,” said Dr. Durrant. “The list of attractions is very long.”

Individual programs for Memorial students to study in Russia are available thanks to Dr. Durrant’s ongoing relationship with a branch of the Ministry of Foreign Affairs.

“Memorial students, in particular, have been awarded state stipends to study, which means tuition and residency fees are waived.” — Dr. Stuart Durrant

“A branch of the Russian Ministry of Foreign Affairs, Roosotrudnichestvo, meaning Russian collaboration or co-operation, deals with promoting the study of Russian abroad, fostering ties with successful Russian university programs and facilitating study semesters for our students,” he said.

“Canadian students have now been included in the overall budget for foreign students to study in the Russian Federation at prestigious universities. Memorial students, in particular, have been awarded state stipends to study, which means tuition and residency fees are waived.”

Currently, one of Dr. Durrant’s students is in Moscow completing a degree in business, and has been for two years.

According to Natalie Spracklin, study abroad co-ordinator, Faculty of Humanities and Social Sciences, Memorial has “hundreds” of current partnerships with international universities.

To be applicable toward their academic programs, courses undertaken by students during study abroad programs must be vetted by the Office of the Registrar to ensure they receive proper credit toward their degree programs.

Students then must follow up with departmental advisors to ensure the courses they take abroad align with their academic programs.

“Besides language skills, students develop other transferable skills, including improved communication and problem-solving, a strong work ethic and an overall global-mindedness.” — Natalie Spracklin

“Those of us who have studied abroad understand its value intuitively, but it can be quite difficult to articulate,” said Ms. Spracklin, who regularly holds debriefs with students following their international experiences.

“Besides language skills, students develop other transferable skills, including improved communication and problem-solving, a strong work ethic and an overall global-mindedness. All of which are marketable and professional proficiencies.”

With the prospect of possible Canadian and Russian co-operation on Arctic development, it seems to be a propitious time to study in the Russian North. The next Russian summer program takes place in July and August 2017. 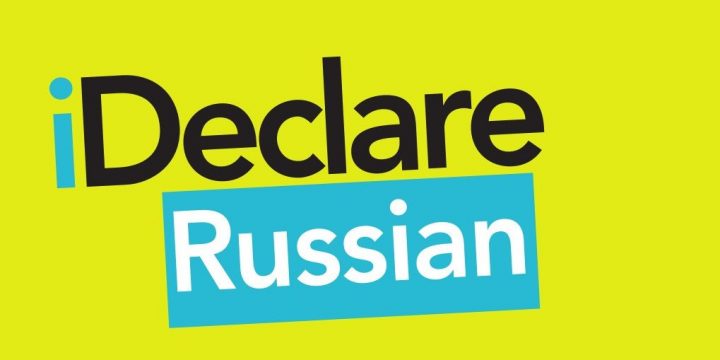 “There are only intellectual benefits, and no detriments, from such opportunities,” said Dr. Durrant.