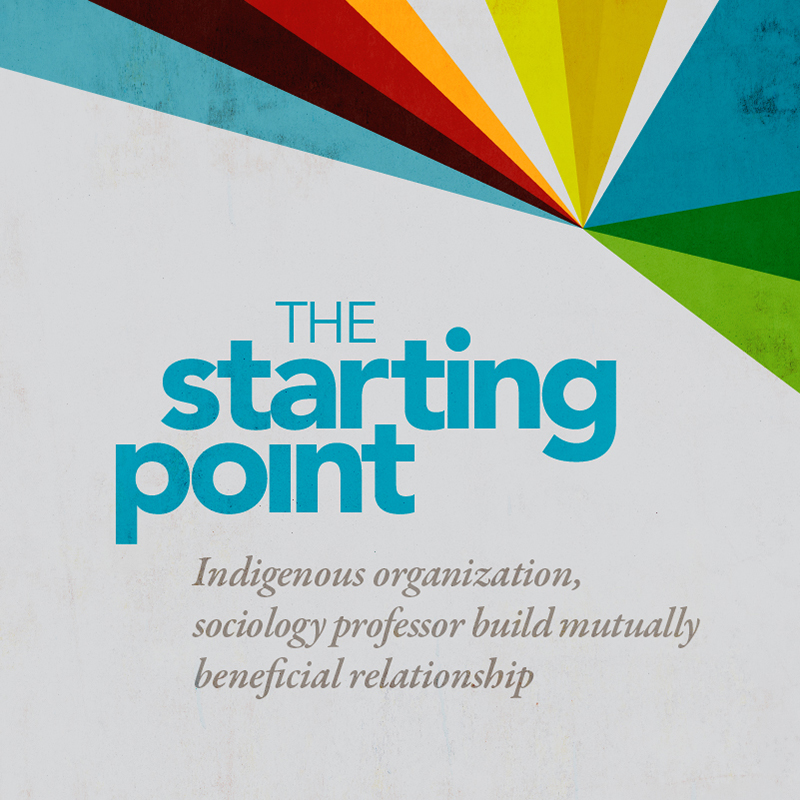 Imagine sitting down in a restaurant and looking at a menu.

Everything looks delicious and you make a decision on what to order. The waiter comes over, picks up the menu and walks away, having made your decision for you.

And it has gone on far too long, they say.

Faculty and administrators facilitating the Indigenization of Memorial University would be well advised to look at what Mr. Sheppard calls “the mutually beneficial relationship” between Dr. Côté and First Light.

For the second year in a row, Dr. Côté has held her classes in her 4000-level seminar course, Indigenous People and the City, at the centre in downtown St. John’s.

“My thinking was that if this was the subject we should maybe try holding class in an Indigenous space,” said Dr. Côté, who reached out to Mr. Sheppard and his colleague Breannah Tulk, director of business operations, to see what they thought of the idea. They loved it.

“This relationship is beyond what you would hope to get as an outcome from Indigenization. Respect and trust is the result,” says Mr. Sheppard. “I respect and trust that what is happening in that class within our walls provides an opportunity to create change.”

Mr. Sheppard says there is a definite benefit to building relationships between the Indigenous community and the university in a natural and organic, rather than structured, way.

“Hosting the class at the centre means people are more comfortable asking questions which can lead to robust discussions. Unfortunately, when a guest speaker is brought into the university, the comfort level for them usually isn’t there,” he said. “Experiencing our community in real life, in real time and having real conversations is truly impactful.” 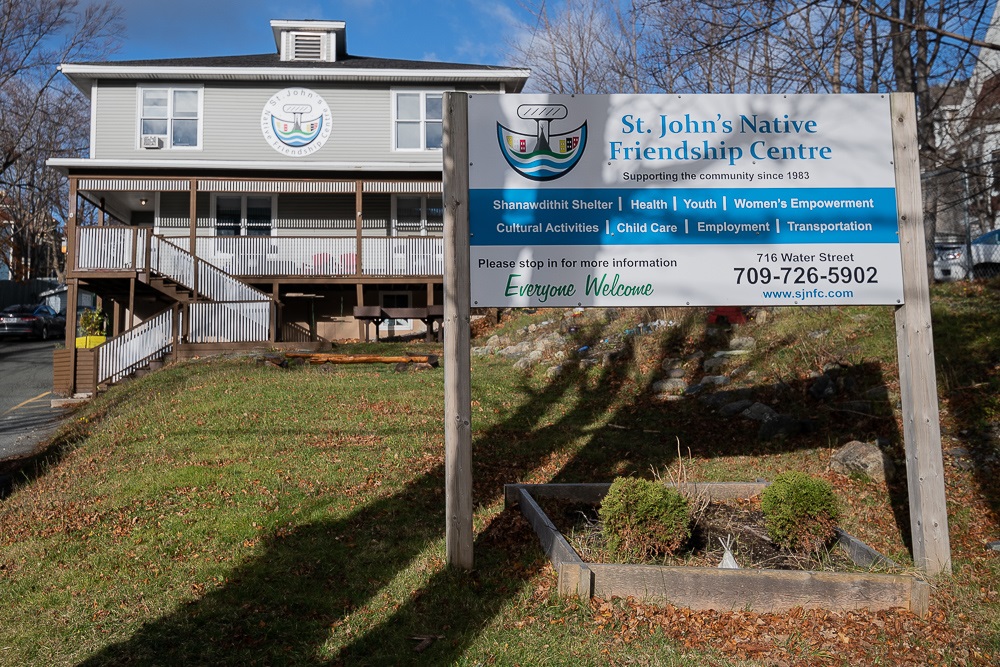 The mission of the St. John's Native Friendship Centre (First Light) is to serve the Aboriginal and broader community through celebration and support of Aboriginal culture and the provision of appropriate programs and services delivered in an atmosphere of trust, respect and friendship.

First Light is a safe space for all. 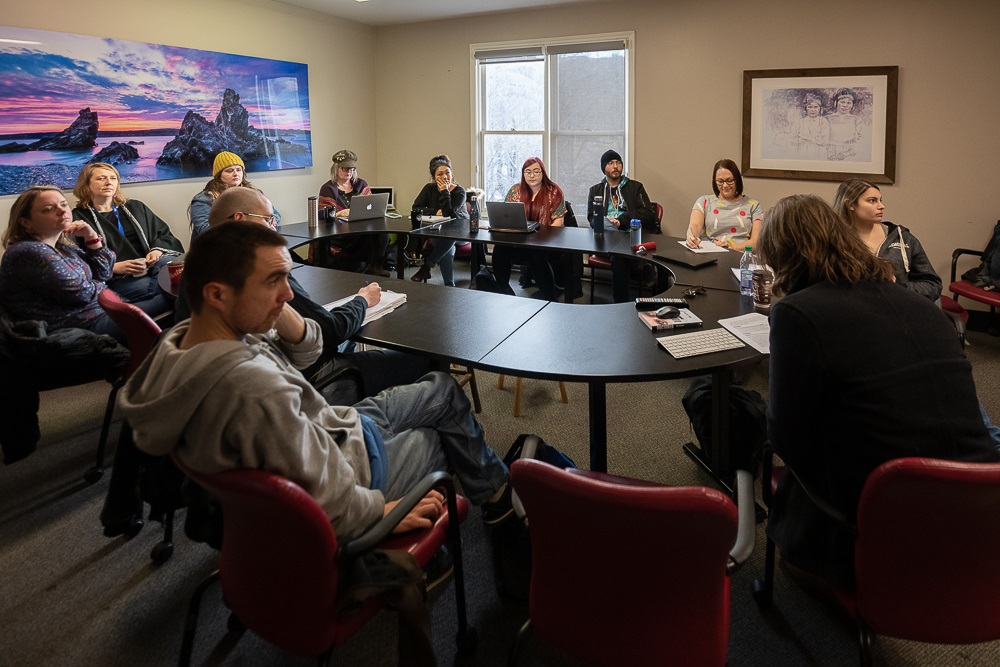 Seminar class listens avidly to a presentation in the boardroom at the Friendship Centre. 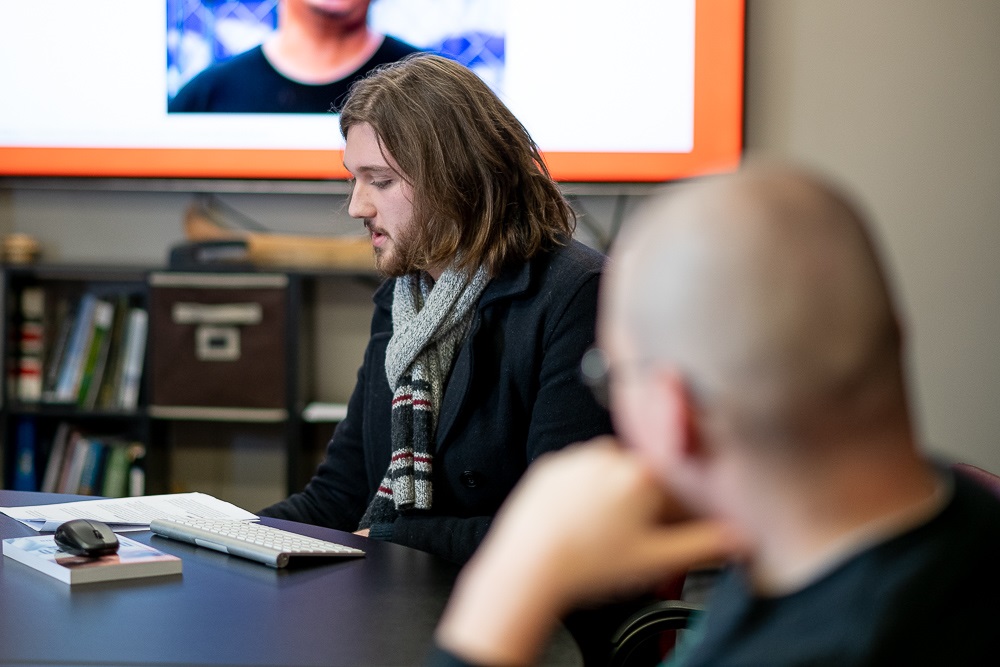 4/ Bringing the classroom into the community

The Truth and Reconciliation Committee’s final report is covered over the first two weeks of the course. The second block focuses on culture, the arts and culture appropriation. Community members are welcome to attend and participate in the class.

Past participants have included community members who had either experienced the residential school system themselves and/or had parents and grandparents who did.

“The atmosphere in that class was such that they felt comfortable talking about those experiences,” Dr. Côté said. “This in turn got the students engaging with the material and their thought processes in a completely different way than they would have if we had been in the sociology seminar room.”

Dr. Côté is cognizant of the impact on the community.

“I don’t just want this to be the place where we talk about the Truth and Reconciliation Commission. I am consciously trying to build in other courses and topics for the space and open these up to community members, whatever that means.”

“I can see it being a great benefit to the students . . . to help tether their learning to real people and places.” — Thea Morash

“I appreciate the notion of expanding the classroom into the community, and it seems to me to make so much sense to include First Light as a satellite location for this course,” says Ms. Morash. “I can see it being a great benefit to the students registered in the course — to help tether their learning to real people and places — and, of course, it also increases access to the course by the community at large.”

Dr. Côté acknowledges that many of her students, who are predominantly white, start class with certain perceptions.

“Some don’t even realize there are Indigenous people in St. John’s, despite the fact that the community is thriving. Young Indigenous people are in fact the fastest growing segment of the province’s population.”

Over the course of the semester, Dr. Côté witnesses increased empathy in students toward Indigenous Peoples and in students’ ability to engage in weighty topics.

“For a group of people that aren’t necessarily shown empathy and understanding in this environment, that is huge,” said Mr. Sheppard. “It often takes so much time to get an honest question from a non-Indigenous person, let alone an honest discussion. That is rare.” 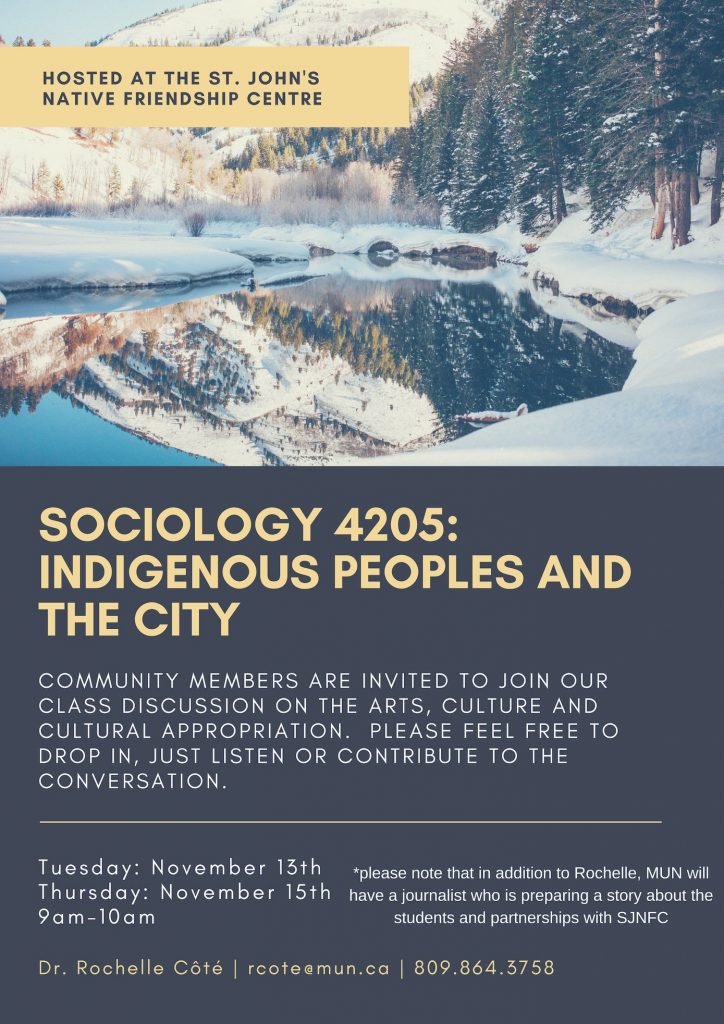 Where are the Indigenous perspectives?

There were a number of Indigenous students in Dr. Côté’s class this semester.

She says they were all very understanding and empathetic towards the non-Indigenous students, including being comfortable asking the crucial question, “Where are the Indigenous perspectives?” when faced with an initial barrage of white, Western male-written theory.

“I feel as though Dr. Côté’s decision to partner with First Light exposed and connected me and some of my classmates with part of our community that cannot be done by reading a textbook or having a discussion,” he said about the experience.

Another result of the mutually beneficial relationship is a project, led by Dr. Côté, to document the Indigenous history of St. John’s. When complete, the data set will be hosted through the First Light’s website and an interactive map will be available.

“If you were to come to St. John’s as a tourist and see the monument to Shanawdithit in Bannerman Park, you would think that Indigenous Peoples were extinct here or simply don’t exist,” said Dr. Côté. “There is nothing that attempts to look at them as a living population — again that is another reason to have class at First Light and witness how cutting edge they are.

“What the community wants and needs should be the starting point for every single thing that happens at Memorial.”