Running with the Hare

Now, here, you see, it takes all the running you can do, to keep in the same place. If you want to get somewhere else, you must run at least twice as fast as that!

– The Queen of Hearts, Alice in Wonderland

Thirty-two years ago, the legendary Al Pittman found the perfect running mate in Rex Brown. In 1998, the two expanded on an idea that began as a fundraiser in Corner Brook — and, with a name inspired by Lewis Carroll that also marked the annual calendar, the March Hare took off.

In 2017, Mr. Brown received the ArtsNL Patron of the Arts Award for his exceptional commitment to the arts in Newfoundland and Labrador. Below, Mr. Brown talks about the history of these events, and why 2018 will be the final year for the Hare.

DP: Tell me a bit about yourself.
RB: I was born and grew up in Tack’s Beach, Placentia Bay, which is a resettled community, but fortunately I spent my entire childhood there. I moved to St. John’s in 1961 to live with my aunt and go to high school at Bishop’s College. After high school I went straight to Memorial, completed a bachelor of commerce degree in 1967 and a bachelor of arts in 1968.

From there I decided to become a schoolteacher and moved to the West Coast, Corner Brook and Deer Lake, to teach for a couple of years. I came back to Memorial in 1970, did a master’s degree in modern German history and then went back to Corner Brook in 1972 where I continued to teach school until I retired in 1999. Along the way I got married, had children, and now grandchildren — and of course did all kinds of other interesting and wonderful things.

DP: How did you and Al Pittman start the March Hare?
RB: In 1987, I was either the president or vice-president of the Blomidon Golf Course and Country Club here in Corner Brook, and a number of us helped manager George Daniels run all kinds of events at the club, of which the March Hare was one.

A big reason why Al and I worked together so well is because I’m a good organizer and throughout my career spent a lot of time organizing sports and doing similar work with the N.L. Teachers’ Association and other things. I’m what you might call an addicted organizer.

The first expansion of the event came in 1998. We went from one show to four and did a full weekend in Corner Brook. In 1999, I retired from teaching and in 2001 we took it on the road with shows in St. John’s; later in Gander and across the province, extra shows in Corner Brook, and eventually to the mainland, as well.

DP: Can you explain the concept?
RB: The vision for the March Hare is Al’s vision. He wasn’t a fan, and this is my word, of the sterile environment in a classroom or lecture theatre that’s sometimes associated with poetry readings.

He believed that poetry and prose shouldn’t just be read from the page, that it was entertainment for general audiences if packaged properly and performed. His idea was to combine poetry with folk music in a way that could be appealing to everyone — not just the crowd who would be attracted to a stuffy reading at the university.

DP: Why has it been so successful?
RB: It comes down to two things. The first part is that we make sure the delivery of the show itself is second to none. Our emcees are also entertainers in their own right, and the venues and sound systems are always top notch. Al was always a stickler for those details and so am I.

Secondly, and most importantly, our performers are among the best anywhere. Not just creatively but also in their abilities behind the mic. Al was with the English department at Grenfell and in doing his own work he met authors and poets from across the country.

“We’ve been very fortunate to combine that with our incredible homegrown talent, artists from N.L. who also belong on a world stage.”

Personal friends of his were people like Margaret Atwood, Michael Ondaatje, Pat Lane, Lorna Crozier, and all these big names in Canadian literature. We’ve been very fortunate to combine that with our incredible homegrown talent, artists from Newfoundland and Labrador who also belong on a world stage.

After Al passed away, our artistic directors have been Grenfell faculty who’ve continued to set the bar extremely high. They themselves are highly accomplished. First it was Randall Maggs for about 12 years and now Dr. Stephanie McKenzie for the last five years or so. And we’ve got people like Des Walsh and Tom Dawe who’ve been part of the Hare family for a long time, who also contribute to that artistic vision for the show.

DP: What’s been the effect of that model on your audiences and the artists — combining talent from N.L. and outside the province and touring N.L., as well as eastern North America?
RB: In many ways I don’t separate the audience from the artist. I can tell you that the effect of bringing this group together is truly magical. You never know what’s going to come of it.

I remember one time at a show in Corner Brook, we had Alistair MacLeod as part of the lineup. At the Sunday soiree, Alistair was in the audience listening to Anita Best and Pamela Morgan sing Lowlands Low, sitting with his hands on the arms of a big wingback chair. The tears were just flowing down his cheeks, and he never moved to wipe them away. He was so moved by their performance. There’s so many stories like that.

And, after 30 years, we’re as popular in Parry Sound and New York City as we are in Renews and Fogo Island and Corner Brook. We’re presenting quality people to our patrons and we’re doing our bit to promote N.L. artists at home and outside the province.

DP: Do you have a favourite story from all the years of doing these events?
RB: There have been so many and plenty stand out as highlights for me. I’ll tell you about an experience we had with Ron Hynes.

A number of years ago, I was at the Rose and Thistle in St. John’s with Wilf Wareham and John Slade, and we were listening to Ron perform. It was late and Wilf asked Ron to play Atlantic Blue.

“When he started to play Atlantic Blue the place went so quiet, it was like someone was playing a Mendelssohn symphony in a cathedral.”

At that time of night, nobody in the bar was listening and Ron had to stop halfway through and say to the crowd at the bar, “Don’t you know this is about the 84?” Of course, he was referring to the 84 crewmembers who died in the Ocean Ranger disaster. After the show, Ron came over and I said to him, “I’ll give you a place to play Atlantic Blue.”

He came out to the Columbus Club in Corner Brook that year to play for the Hare on the Saturday night. The bar was absolutely packed. When he started to play Atlantic Blue the place went so quiet, it was like someone was playing a Mendelssohn symphony in a cathedral. It was incredible. He told me afterwards how much it meant to him.

DP: What do you think Al Pittman would think of the long run you’ve had with the Hare?
RB: Al died Aug. 26, 2001, so he’s been gone for half of the March Hare’s 30-plus-year history. I think he’d say, “Well done!” The fact that the March Hare has been bringing the spoken word of these poets, writers, storytellers and folk musicians, to so many people, would delight him enormously.

My motivation throughout all these years is to do what I thought Al would want done and follow his formula for presenting words and music, so the success is a testimony to Al’s belief and genius.

DP: Why is 2018 the final year for the Hare?
RB: It’s the right time. I equate it to playing softball. I knew when it was time to put away the glove and that’s the way I feel about this now.

This year we’ve got 160 presentations at 19 shows in 19 different venues in four cities across the mainland, seven across N.L. and eight shows in Corner Brook. The amount of detail in terms of booking venues, flights, hotels, sound systems, ground transportation, selling tickets, filling out grant applications, reporting to funding agencies. It’s massive. I would estimate about 1,000 volunteer hours a year. 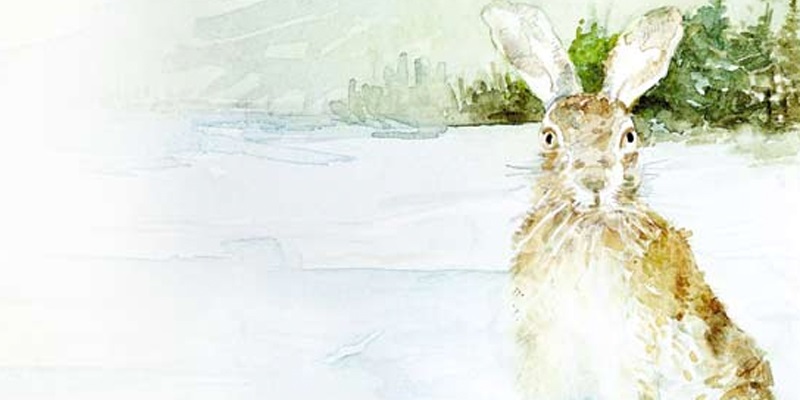 There are people who have expressed an interest in taking it on until they hear what’s involved — but it has to be carried with an enormous passion. And you can’t inherit someone else’s passion. It has to be your own.

I know that poetry readings and folk music and storytelling will continue on, but somebody else will develop their own particular type of approach rather than take over the March Hare. In my opinion, as an artistic endeavour, that’s the way it should work.

DP:What have you taken away from the experience?
RB: For me personally, it’s been enormously rewarding. I’ve met so many wonderful people and have friends from all over North America and beyond through the March Hare.

And I’ve been royally entertained for so long and fortunate to carry on the heritage and vision of my good friend, and do it all as a volunteer. It gives me great satisfaction from a community service perspective, as well. That was instilled in me from my mother and father, both of whom were great givers when it came to community work.

DP: What can people expect from the March Hare this year?
RB: We’re going out as strong as we’ve ever been. We’ve got an amazing lineup in place for our first show, which is happening on Feb. 28 at the Explorer’s Club in New York. That one will include Stan Dragland, Randall Maggs, Stephanie McKenzie, Pamela Morgan, Anita Best, Sandy Morris and Kathleen Winter.

And my son, Jim Brown, is our emcee. That’s the tip of the iceberg, we’ve got incredible shows lined up for Toronto, Parry Sound and Halifax, and then it’s back to N.L. for a run of 15 shows before we finish up on March 12 in Corner Brook.

You can learn more about the upcoming shows and the performers for the 2018 March Hare here.

Dave Penney is a senior communications advisor with the Office of Development. He can be reached at dcpenney@mun.ca. 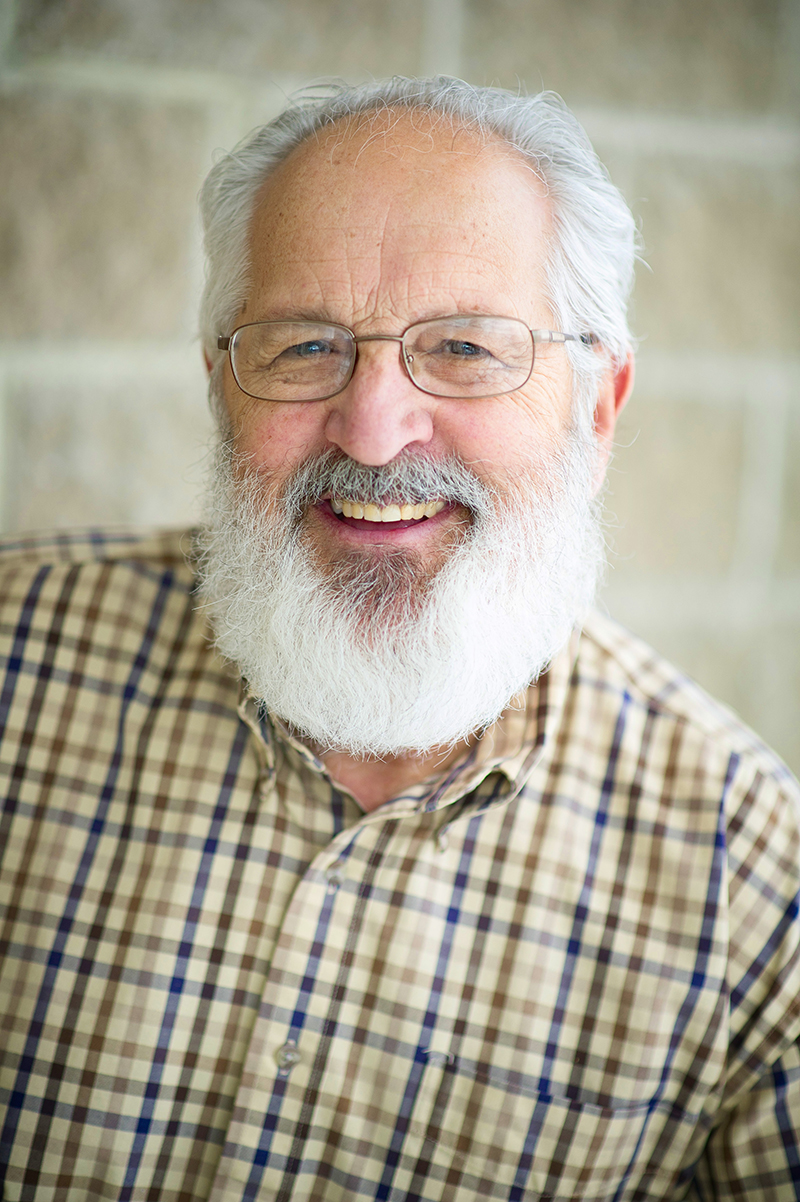