Based on seven years of extensive research in consultation with Aboriginal communities and Aboriginal and non-Aboriginal archaeologists, the series took two years to film, often in remote and hard-to-reach locations. 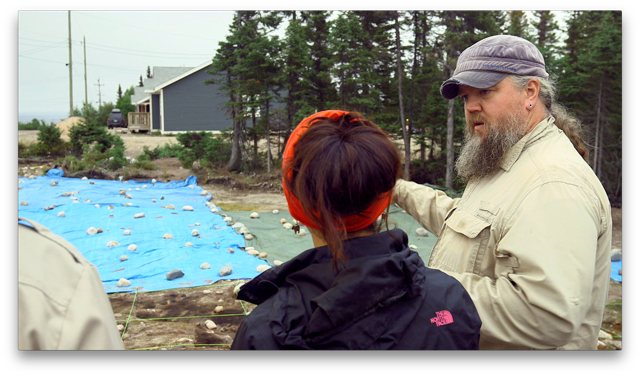 Dr. Scott Neilson explains the background of the Sheshatshiu site in Labrador. 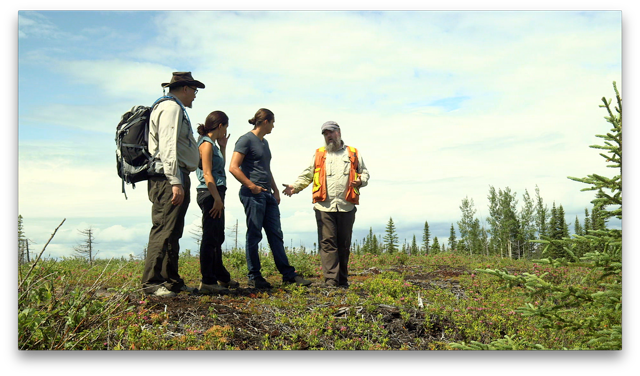 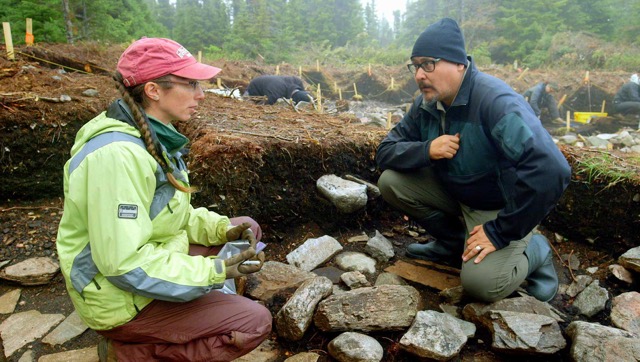 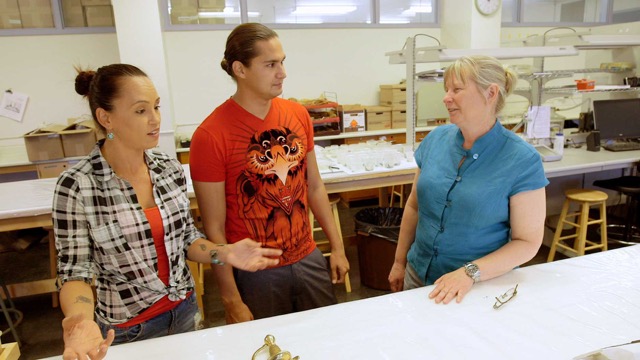 Dr. Neilsen is exploring the long-term history of Indigenous Peoples in Eastern Quebec and Labrador with the Sheshatshiu Archaeology Project — a multi-year research partnership between Sheshatshiu Innu First Nation and Memorial’s Labrador Institute.

In the episode, the three hosts —  Dr. Rudy Reimer of the Squamish Nation, Jenifer Brousseau of the Ojibway-Anishnaabe Nation and Jacob Pratt of the Dakota/Saulteaux Nation — work to uncover ancient campsites of the Innu.

The work of Inuit artist, and recent Muskrat Falls activist/hunger striker, Billy Gaultier is also featured in the program.

Dr. Rankin appears in a two-part episode titled “The Inuit of Rigolet,” airing Tuesday, Nov. 22, and Tuesday, Nov. 29, at 9 p.m. in N.L. and 8:30 p.m. in Labrador. In the first episode, the hosts help to excavate an 18th-century sod house at the Double Mer Point archaeological site near Rigolet on Labrador’s North Coast.

The second episode also includes some footage shot at Memorial’s St. John’s campus, with Dr. Rankin revealing some of the sites’ most impressive finds to date.