Daniel Rees is hunting for clues in a 4,000-year-old mystery.

The third-year undergraduate student—Mr. Rees is currently doing an honours degree in archaeology—is examining the ancient remains of a Maritime Archaic child found on the Great Northern Peninsula several decades ago. The remains show signs of disease, perhaps cancer, which remodelled the child’s bone structure and is now a cause for investigation.

Sophisticated equipment and technology is allowing Mr. Rees to search for “ancient evidence for this very modern disease.”

“The further we look back through time, the more and more rare cancer is, and at some points, it’s seemingly nonexistent,” he explained. “Yet, in the next 20 years cancer is projected to increase by 70 per cent according to the World Health Organization.

“My research is not a definitive study, but it is a part of a growing understanding of our human health through time and how it is changing—rapidly,” added Mr. Rees, who is originally from Conception Bay South and is also completing a diploma in applied ethics from the Department of Philosophy.

“Understanding the origins of cancer, and how it has changed throughout time, may prove valuable for how researchers approach this growing health challenge in the future.”

Mr. Rees credits his supervisor, Dr. Vaughan Grimes, as well as fellow archaeology professor Dr. Meghan Burchell for helping him explore all the possible angles for his thesis. He’s also quick to acknowledge a unique partnership with Memorial’s Core Research Equipment and Instrument Training (CREAIT) Network, a unit within the vice-president (research) portfolio, for allowing him to access high-tech equipment in order to complete his research.

“Dr. David Grant, among other CREAIT lab co-ordinators, has provided me with the training to carry out my research and dig deeper than I ever could have imagined possible,” he said. “I’ve also been collaborating with physicians from Memorial’s medical school to gain insight into the functions of cancer and how my case study may compare to modern medical examples.”

It may be difficult to know exactly how cancer affected people 4,000 years ago, but Mr. Rees says it’s important to try and understand.

“Acknowledging that there was a human life housed in these bones is something that traditional scientific research may leave behind, but it has an important place here. We’re not just studying ancient cancer. We’re studying people and trying to access aspects of their lived experience.”

“Becoming proficient at the helm of a scanning-electron microscope, grasping minute details about the biological properties of cancer, and being able to carry out conversations with professionals in these fields – those are mini-successes and come after many late nights in the library and early mornings in the lab,” he noted.

He says his love affair with archaeology has changed his life while also deepening his passion for our province. He’s received several scholarships and research grants for his dedication to studying Newfoundland and Labrador’s history.

‘Wherever my degree may take me’

Set to graduate next spring, Mr. Rees already has his sights set on the next chapter of his academic career: applying to Memorial’s medical school.

“Archaeology has equipped me with a variety of perspectives and knowledge that truly blend the humanities and sciences—something that’s emphasized in medicine today,” he said. “But I am open to wherever my degree may take me and looking forward to it!”

This story was also published in the July 11 edition of The Telegram as part of a regular summer series on research at Memorial University. 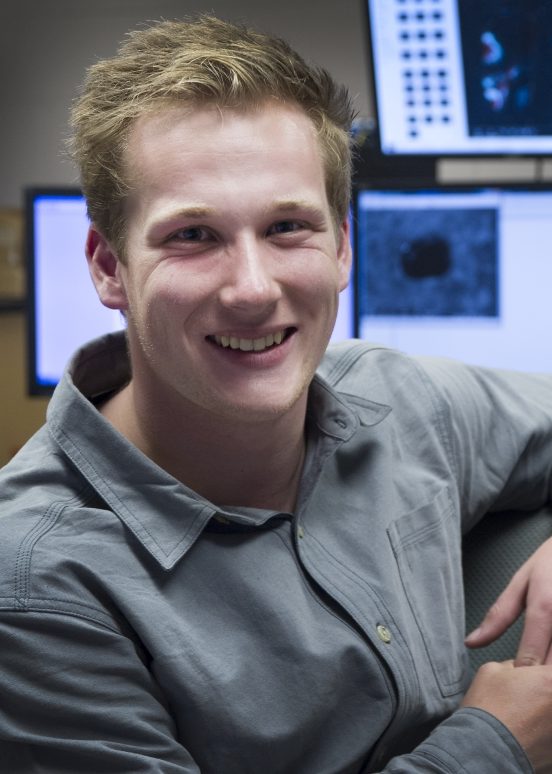