An app used by citizen scientists around the globe to report coastline pollution now allows users to record the specialized marine debris often found in this province.

It’s all thanks to the efforts of a group of Memorial researchers.

The Marine Debris Tracker is a free smartphone application launched nearly a decade ago through a partnership between the U.S.-based National Oceanic and Atmospheric Administration (NOAA) Marine Debris Program and the Southeast Atlantic Marine Debris Initiative at the University of Georgia. It was co-developed by Dr. Jenna Jambeck and a team of other citizen scientists.

Anybody can download and use the app. At the push of a button, you can log the debris and add items to an online map. The app records the debris location through GPS and uploads the data into the cloud for public access.

The Memorial team created a categorization sheet for the app, which allows users to document debris typically found along the shores and coasts in this province. The team has tested and used the app during recent surveys throughout the province, including in Placentia Bay and Fortune Bay.

“The app allows you to choose from several categorization sheets before you start your survey,” explained Jess Melvin, project co-ordinator and research assistant with the Placentia Bay Ocean Debris Survey (PODS), a monitoring program funded by the Ocean Frontier Institute and the Department of Fisheries and Oceans.

Up until now, citizen scientists used the NOAA categorization sheet on the app.

“We found this to be an issue with shoreline surveys in Newfoundland and Labrador,” said Ms. Melvin, a Memorial alumna.

“The NOAA sheet, like other global standard sheets, is heavily focused on the domestic/recreational/food and beverage waste “top offenders” that we often hear about – straws, bottles, cigarettes and plastic bags.”

She says on shorelines in this province, particularly outside of St. John’s, there is relatively little land-sourced debris. Most waste stems from the marine industry in one form or another.

“The NOAA sheet just wasn’t allowing for us to really describe debris landscape on shorelines in this province in the way we wanted to,” said Ms. Melvin. “So, based on the last year of monthly field work around Placentia Bay, we created our own categorization sheet that is specifically focused on debris that we have found to be common in the region.”

“The importance of having our own Newfoundland and Labrador specific list comes down to giving communities a better tool to advocate for themselves,” said Ms. Bury, who obtained her MA in sociology.

“I think about communities like Morrisville, who have been tracking their own major storm debris for the past five years, as much as a group like us tracking industrial debris on various shorelines. Communities can use the list for purposes that matter to them.”

Ms. Bury says the app is not just a tool for science but also a tool that can be used to unite communities and groups around common problems, solutions and advocacy.

Ms. Ammendolia says she hopes younger generations will use the app to track local marine debris.

She credits Dr. Jambeck and her research assistant and citizen science manager Kathryn Youngblood at the University of Georgia for helping launch the new categorization sheet.

“Giving a young student or child the chance to track garbage in their backyard gives them the opportunity to be a scientist and it can open their minds to so many future careers,” said Ms. Ammendolia, who holds an M.Sc. degree.

“Now when you add the fact that we have a specialized Newfoundland and Labrador list, it would make them feel more accounted for during this process and the information on debris/garbage can be more accessible as opposed to using a generic U.S.-based app that doesn’t know the type of waste we get here.”

The group says the shoreline surveys they’ve conducted over the past year provide important information on seasonal, monthly and daily accumulation rates for debris.

“We often hear about the “top offenders” that I mentioned earlier, but these lists are often based on nation-wide or global datasets. These results do not scale down well to regional areas where policies actually start,” Ms. Melvin said.

Ultimately, the researchers say the data collected via the app during shoreline surveys is important because it will give them more insight into the kinds of plastics that end up in the environment.

“By logging information on shoreline debris at regional scales like in the Placentia Bay survey, we can get a better understanding of what kind of plastics are most prevalent in our waters and use this information to affect regional policies.”

The Marine Debris Tracker is available for free download here. 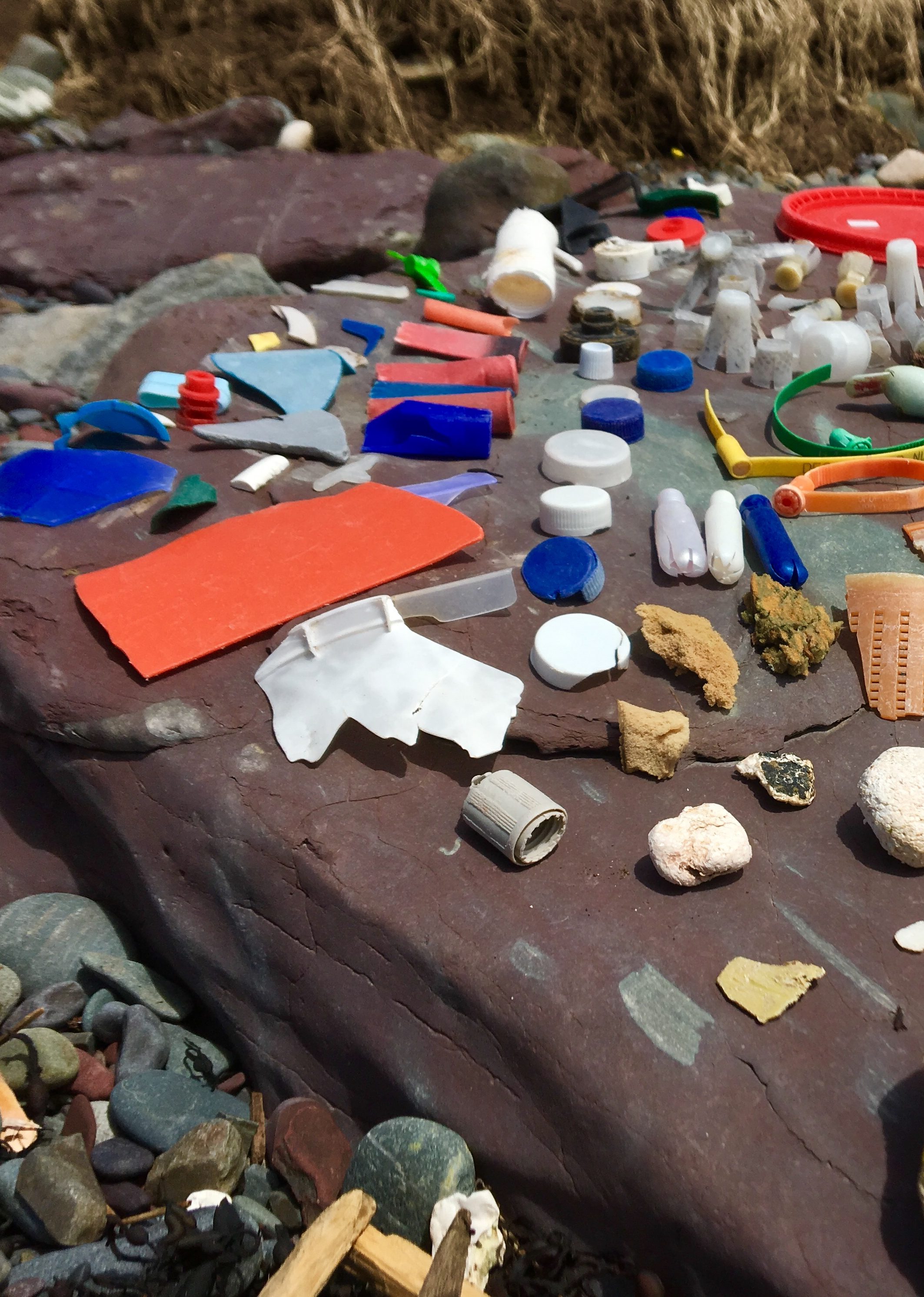